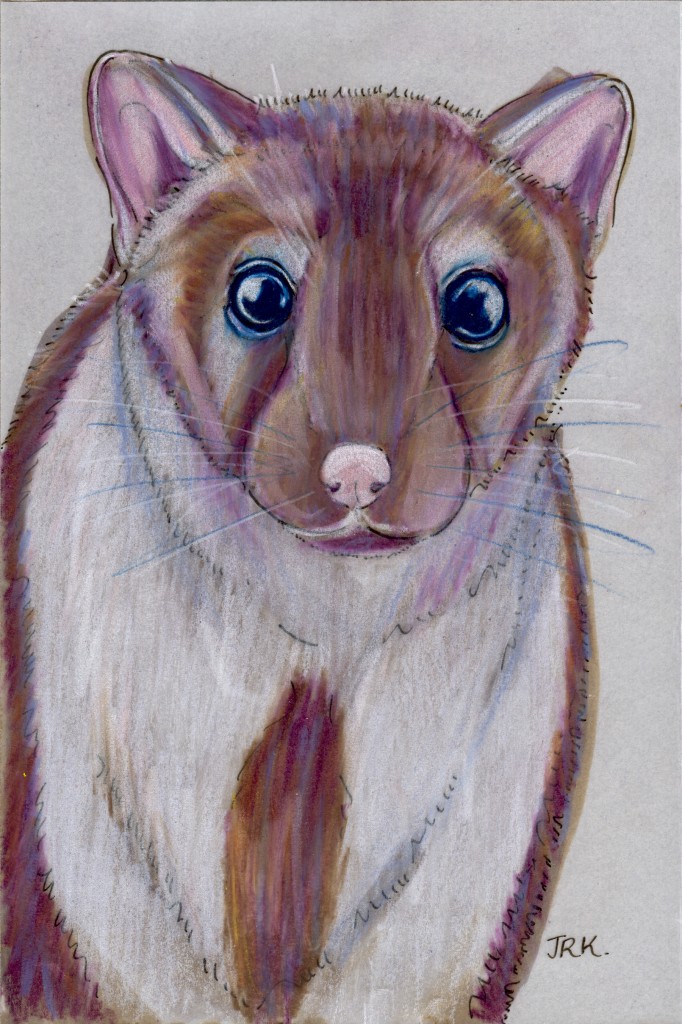 The World Cup continues and so do the mammals! Today we have a beech marten from Slovenia. Also called the stone marten, the beech marten is pretty widespread in Europe and Asia. It lives in forests, nests in cozy crevices and hollows, and eats rodents, birds and their eggs, and berries. In researching the beech marten, I learned a new word: commensal, as in “Commensal beech martens may cause damage to roofs, insulation, and electrical wiring and pipes in houses and cars,” which is a quote from the beech marten’s page on the IUCN Red List. The dictionary says that a commensal relationship is one in which one organism benefits and the other is neither benefited nor harmed (hmm, I think I may have been in a commensal relationship myself once or twice), which confused me because it seems like damage to roofs, insulation, and electrical wiring could qualify as harm. Basically, in biology, commensal animals are those who live among humans and may annoy us but don’t get in the way too much, if I’m understanding it correctly. Rats, for example, are commensal with us. And Wikipedia points out that the mites that live in our eyelash follicles are an example of commensalism, too! Oh good!

Slovenia came in third in Group C, ahead of Algeria but behind the U.S. and England. The team was formed after Slovenia split from Yugoslavia in 1991, and this was their second World Cup.

In Group C, we had the European beaver from England, the American badger from the U.S., the Barbary macaque from Algeria, and today’s Slovenian beech marten. Tough group! The beaver is a rodent, but a tough one, and even though beech martens do eat rodents, I don’t think they eat rodents that weigh ten times more than they do. Badgers are notoriously vicious. I usually give an edge to primates, but the Barbary macaque is kind of small and herbivorous. So I think the mammalian Group C goes in the exact order the soccer one did, and the two mammals continuing on to the Round of 16 are: