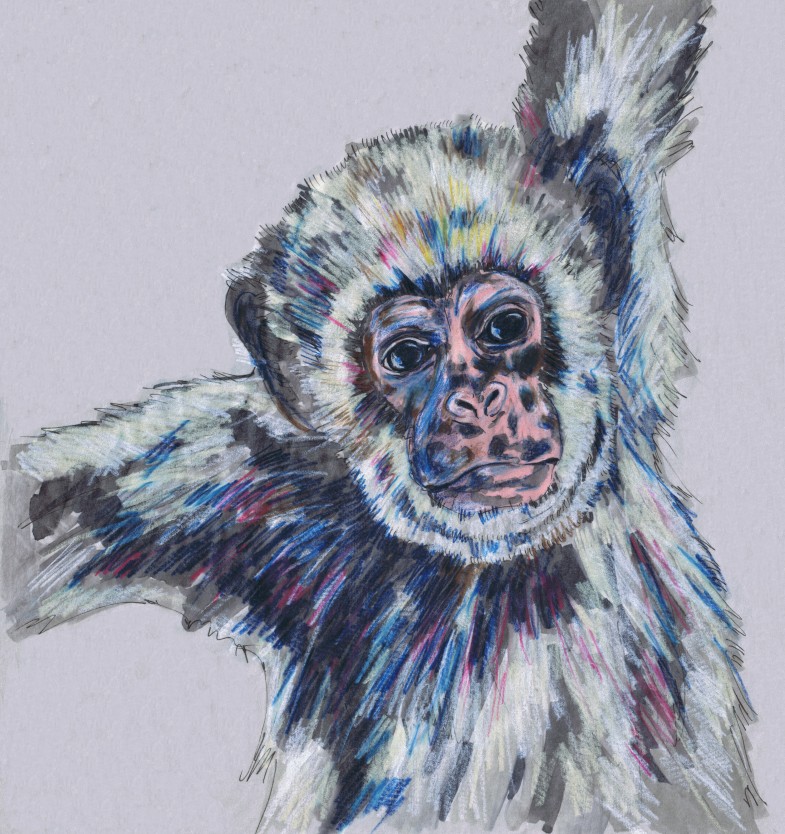 Ted requested a spider monkey, and then we had to narrow it down because there are several species. The muriquis used to be called woolly spider monkeys, but that name is out of favor now, and muriqui, the monkey’s Indian name, is in. Muriquis live only in Brazil. The northern species has a mottled pink-and-black face (as well as mottled pink-and-black genitals!), while the southern muriqui has a plain black face (and, yes, plain black genitals). Go here to listen to muriquis in the wild. Sometimes they sound like horses.