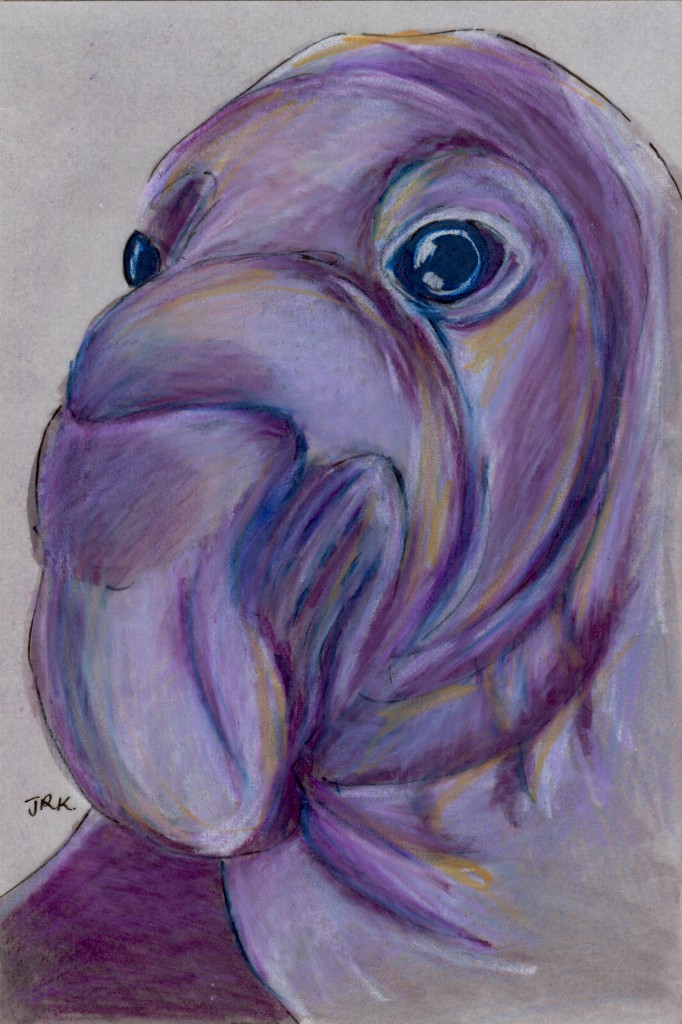 There’s so much to say about elephant seals, and yet it’s so distasteful. These guys are rapists and baby-killers. Their necks are discolored by scars incurred during mating or fighting for mates, and one of my books, Wonders of Animal Life from 1928, lists “Sea elephants, frightfulness” in its index. In Living Mammals of the World, Ivan T. Sanderson says that they “present the most grotesque and revolting appearance, especially when they lounge around on shore in great misshapen, heaving masses under a hot sun, moaning, groaning, gurgling, and roaring.” A 1979 article in People about one of the top scientists studying elephant seals includes the sentence, “Says Le Boeuf bluntly, ‘It’s a rape society.'” (The title of the article is “Burney Le Boeuf Finds One Way to Pick Up a Seal of Approval.”)

I have a reprint of an 1874 book called The Marine Mammals of the Northwestern Coast of North America that includes a graphic account of the brutal way elephant seals were hunted for their blubber. Trust me, you probably don’t want to know, yet it’s not much worse than what the seals do to each other—except the blubber-hunters nearly drove the seals to extinction. Now they’re pretty healthily back in business in their habitat along the Pacific coast of North America.

And what is that business? Well, a dominant male controls a harem of females and can mate with them whenever he pleases. If a female objects, he holds her down with his massive body weight—up to three tons, and two or three times as much as the female weighs—and forces himself on her. Females have light-colored necks from all the scars they get when the males bite them during mating.

If a non-dominant male tries to mate with one of the females, the female starts screaming, which attracts the dominant male to defend his territory. At that point, he’ll get in a fight with the non-dominant male—a big, bloody fight, as any fight between two creatures that weight two tons would be. They beat each other with their noses and thrash around, sometimes suffocating other elephant seals in the process, especially babies. From Courtship in the Animal Kingdom by Mark Jerome Walters (1988):

Every spring along certain California beaches, bulls engage in bloody competition for female seals. The fight begins as a gruff shouting match with two males exchanging deep-throated roars. If one doesn’t retreat, then the shouting match escalates into combat…[T]hey slam their bludgeonlike noses into each other while trying to sink their large teeth into the neck of their opponent. Newborns are the most frequent victims as males throw their weight around, and the beaches resound with the shrill cries of crushed infants. Nearly half of the pups’ deaths in a single season are caused by battling males.

Walters goes on to say that sex is one of the major reasons for conflict among animals. “Spring is also the season when life’s astounding variety comes clearly into view—a richness that owes much of its existence to sex. And to which the world owes much of its woe.”

It certainly sounds like elephant seals lead woeful lives, and I’m glad that we humans have stopped contributing so murderously to their travails. But we are messing things up for them in another way, and that’s climate change. It seems that in warmer years, females give birth to more male babies. This is apparently because males and females have different feeding grounds. When it’s warmer, the food resources are more diffuse, and the females have to go further to find something to eat. If they have male babies, they won’t create competition for themselves the way they would if they had female young. So they’ve adapted to give birth to males when the weather is warm. Global warming could cause the proportion of male elephant seals to increase, which would mean more competition and more of the violence I discussed above. It could also mean that females have a harder time finding food, which would mean they’re undernourished and less likely to survive.