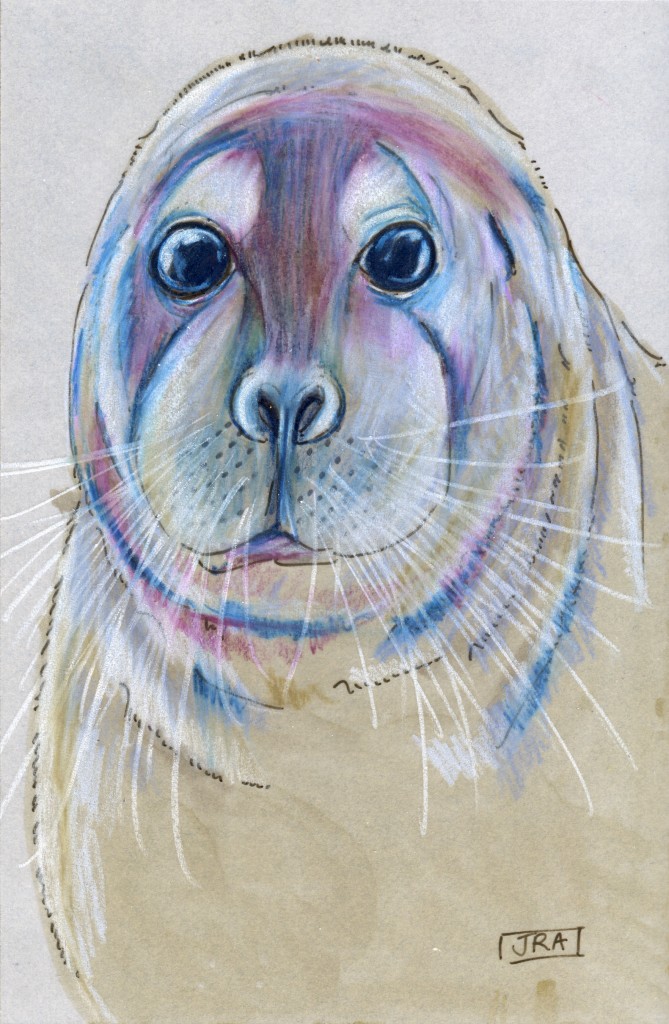 We continue our visit with the mammals of Alaska today, with this guy, the bearded seal. Like the bearded pig, he’s really more mustachioed than bearded, but that’s okay. Bearded seals live throughout the arctic. They eat mostly benthic creatures, which means creatures that live at the bottom of the water. That’s probably what their long, brushy whiskers are for: helping them find food at the bottom of the sea. They’re solitary and generally spend their time alone, floating around on small ice floes. Bearded seals are important to arctic native people for their hides and meat. Ivan T. Sanderson, in Living Mammals of the World, describes what it’s like to hunt these seals:

“Bearded seals are hunted by the Eskimos for their tough hide and tender flesh and they display a most singular trait when shot, leaping into the air and turning a complete back somersault from the ice into the water, so that one never knows if they are dead or alive.”

Isn’t that just like Ivan to say? By the way, I don’t ever want to take a month off from drawing mammals again! These last four have been so difficult, but each one gets a little easier. Next time you notice me falling down on the job, shoot me an e-mail, will you?