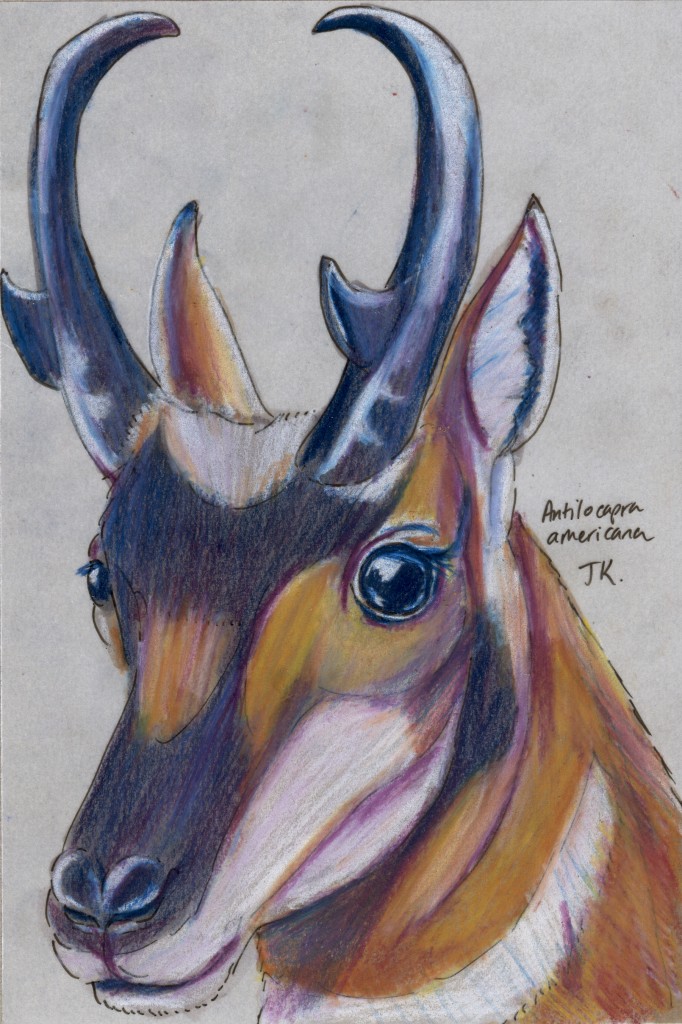 Now, humans are pretty good at marathons. In fact, long-distance running is humans’ best sport. Slate had an article a couple of months ago whose subtitle said it all: “Why nearly every sport except long-distance running is fundamentally absurd.” Other animals beat us easily at swimming, jumping, and sprinting, but we can actually beat most of them at running long distances, thanks to our big butts, springy legs and feet, and maybe especially our prodigious sweating. We probably evolved this amazing ability before we developed all our handy hunting tools so we could run down our dinners. While wolves and other predators usually run maybe 15 miles in a day, humans routinely run not only 26.2-mile marathons but 50- or even 100-mile ultramarathons. (Not all humans, obviously. Maybe there are some out-of-shape wolves out there, too.)

Even though we’re really great at running, we’re still not the marathon champions of the animal kingdom. That honor goes to the pronghorn antelope, who is not really an antelope at all but actually the only surviving species of the Antilocapridae family, and one of my favorite mammals because it lives here in New Mexico and I’ve seen it my whole life. The pronghorn, in fact, is the world’s second-fastest mammal, and would easily beat a cheetah in any race longer than a quarter of a mile, according to this article from Popular Mechanics. The same article estimates the pronghorn’s marathon time at 45 minutes; the fastest human marathoner takes more than two hours.

I drew the pronghorn four years ago, too, and that post is worth reading to hear more about the species’ uniqueness. It has some good comments, too. And as a point of interest, I used the same composition for this new drawing so we can see how my drawing style has changed (improved?) over the years. Here are the two drawings side by side. 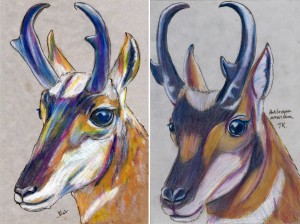