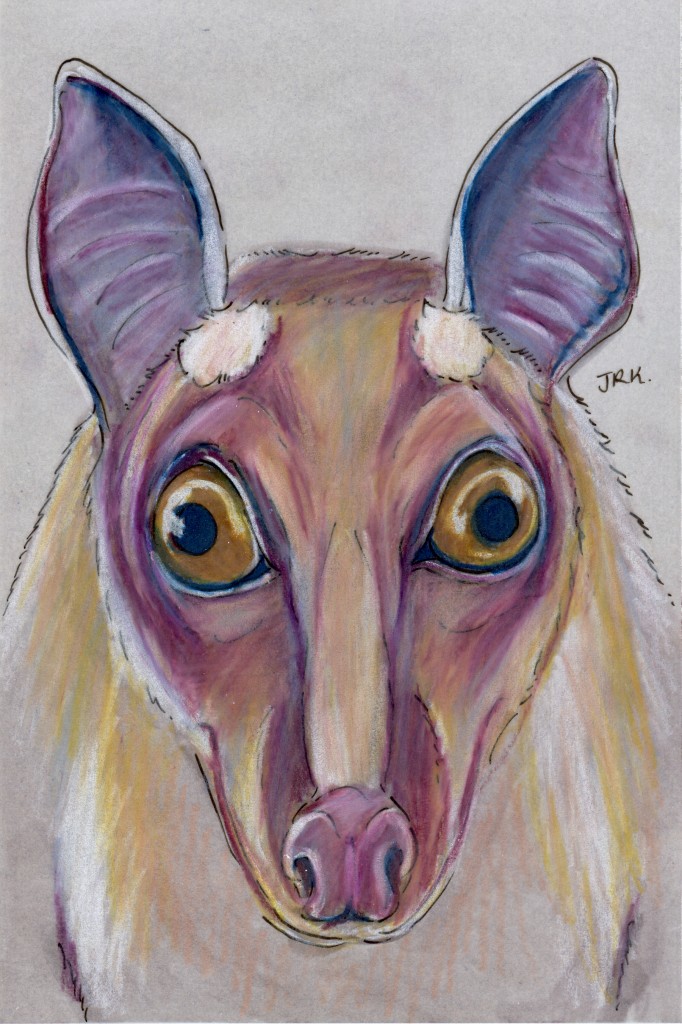 In some animals, however, males offer neither defense of the females nor any particular resource. There is no trade-off of riches, nor any guarantee that the male will help raise the offspring. Such males gather merely to display themselves. The group display is known as a “lek”—a word thought to have come from the Swedish for “sport” or “play”—and the tree, pasture, or other area where they display is known as an “arena.”

According to Walters, male Gambian epauletted bats “gather at dusk, inflate elastic cheek pouches, and emit a singsong honking sound audible for 200 yards or more. The male then unfurls tufts of white hair from pockets on each shoulder—hence the name. These epaulets are thought to contain pheromones. Wafted off into the twilight by the male’s gently flapping wings, they may help to attract a female.”

How neat, isn’t it? They have pockets on their shoulders, from which they unfurl tufts of hair, and then flap their wings to send their pheromones off as an only subconsciously perceptible advertisement for their charms. The males get to the arena as the sun sets, and the females keep them waiting until 11. Then the females get there and hover in front of each male in turn, checking out the epaulets and honking. After they make their choice and mate, the males “retire exhausted by 3 a.m.”