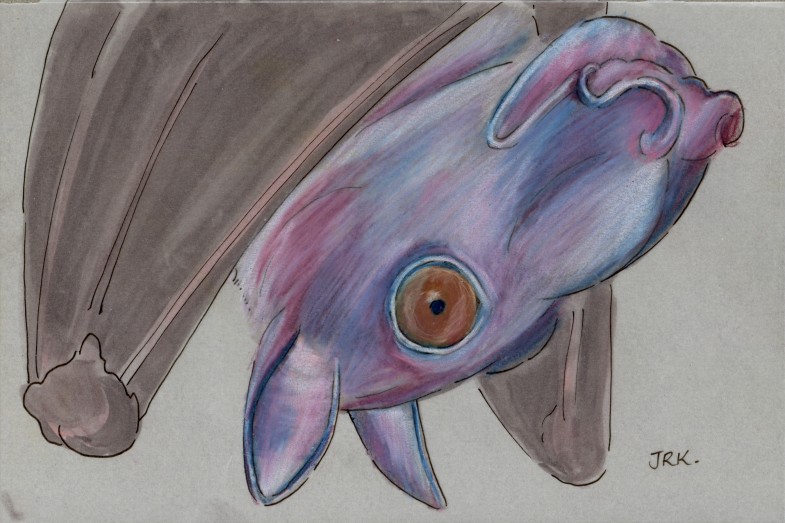 Meet the male hammer-headed fruit bat, whose head, says Ivan T. Sanderson in Living Mammals of the World, “is almost beyond belief. That of an adult male looks just like the cartoon of a horse when viewed from the side.” The female hammer-head doesn’t deserve the name at all: her dainty foxlike face is like those of most fruit bats, and very different from the male’s.

The reason for this big honking snout is the hammer-heads’ fascinating mating behavior. During mating season, the males congregate in groups called leks, where they hang out and make a lot of noise, creating one rhythm with their calls while flapping their wings at double time. The females hover about judgmentally, paying repeat visits to certain of the males until they’re sure they’ve narrowed it down to the one they like best. Then they mate—a business of 20 or 30 seconds’—and the females take off. The lek lasts for nearly four months out of the year. And the bigger the muzzle, the better the nuzzle (har), as far as the female hammer-heads are concerned. They tend to like the same males as all their friends do, with just a handful of the menfolk doing all the mating.

Hammer-headed fruit bats aren’t the only animals that use lek mating. A few other mammals do, too, as well as a number of birds, insects, fish, and amphibians. The male hammer-head pays a price for his sexiness, though. Scientists speculate that the higher mortality rate among the males comes from the energy that they have to expend in their mating displays.