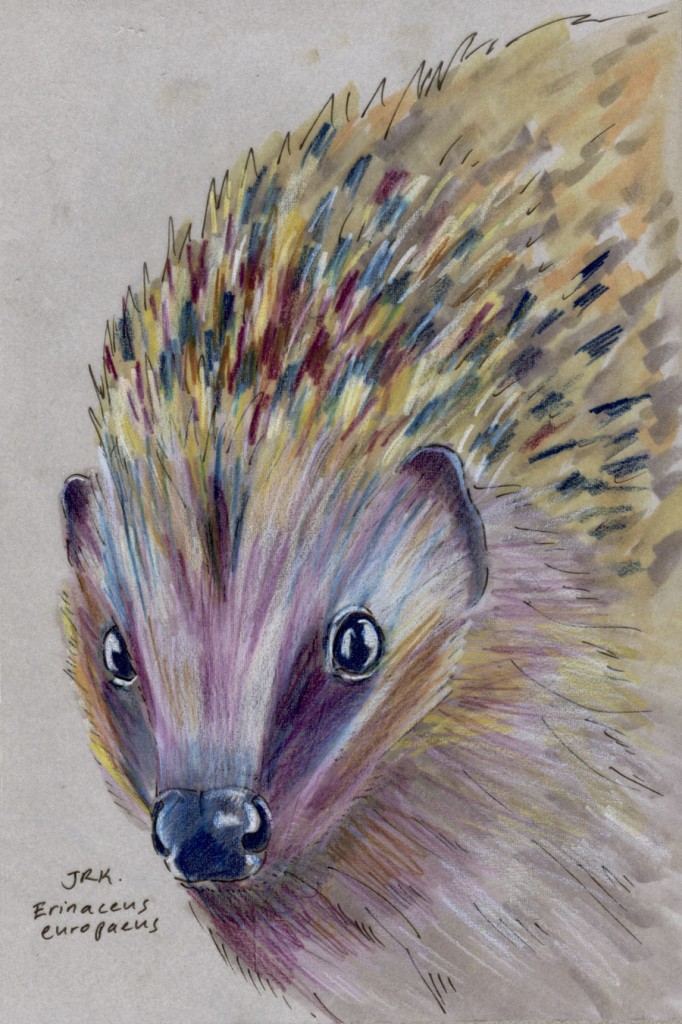 In appreciation of the 143 people who like the Daily Mammal on Facebook, I’m drawing a mammal from each country that one of those people lives in. Today we visit the United Kingdom, where the European hedgehog recently won a poll, sponsored by BBC Wildlife magazine, seeking a species to be the national symbol of the UK, which doesn’t have an official flora or fauna emblem. The badger came in second—amid controversy surrounding a planned badger cull aimed at stopping the spread of bovine tuberculosis—and the mighty oak was third. According to hedgehog partisans, the spiny little mammal’s friendliness, humility, and helpfulness represent the British character. Contrarian wags point out the hedgehog’s prickliness, small size, and penchant for noisy sex.

The Tale of Mrs. Tiggy-Winkle by Beatrix Potter (full text and illustrations)