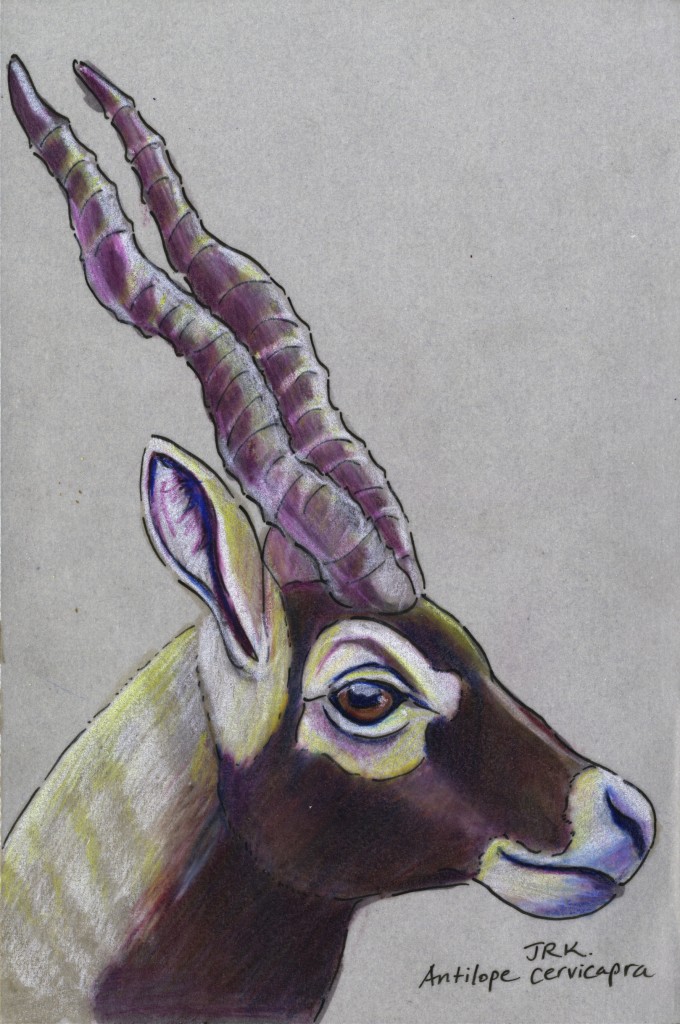 I do love seeing that mammal counter inching toward 365! Say good afternoon to the blackbuck, an antelope native to India, Bangladesh, Nepal, and Pakistan, but now extinct everywhere but India—and Argentina, Australia, and Texas, where it has been introduced. I’ll try to tell you what I’ve learned about the blackbuck roughly in the order of my learning about it:

1. According to the IUCN, there are some 50,000 blackbuck remaining in India, an increase from 22–24,000 in the 1970s. But there are at least 35,000 in Texas. As far as I can tell, those are all on game ranches, for “an exotic hunt would not be complete without a Black Buck Antelope,” according to the website of one of the ranches. I think the blackbuck in Australia are also confined to ranches, but there may be a feral population in Argentina.

2. Blackbuck are protected as endangered species in India, but they are still poached. In fact, Salman Khan, the star of one of my favorite Bollywood movies, was sentenced to five years in prison for poaching blackbuck (in addition to another protected species, the chinkara, I think—some of the news accounts are a little obscure on this) in 2007. IMDB says that Salman Khan is known as “Bollywood’s Bad Boy” and “Controversial Khan.” His court case continues, apparently. An Indian cricket star named Mansoor Ali Khan was also sentenced to prison time, in 2005, for poaching blackbuck.

3. In Living Mammals of the World, Ivan T. Sanderson writes: “Blackbuck have been the target of sportsmen, real and otherwise, since time immemorial and have been hunted with everything from Cheetahs to machine-guns—until this last revolting practice was summarily stopped.” My first reaction to that was “You can hunt with cheetahs?” Sure enough. I found the below video on YouTube. It purports to be from 1939, but it looks more 1950s to me, and the voice sounds quite contemporary, but wherever it’s from, it does show people using cheetahs to hunt blackbuck.

Coco also drew a blackbuck. It’s so hard to draw a straight-on portrait of an antelope because of the foreshortening of the nose and the way the eyes bulge out, but she completely nailed it. Here it is: 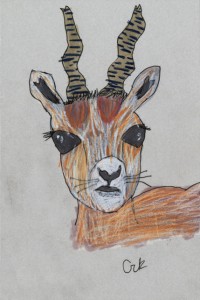