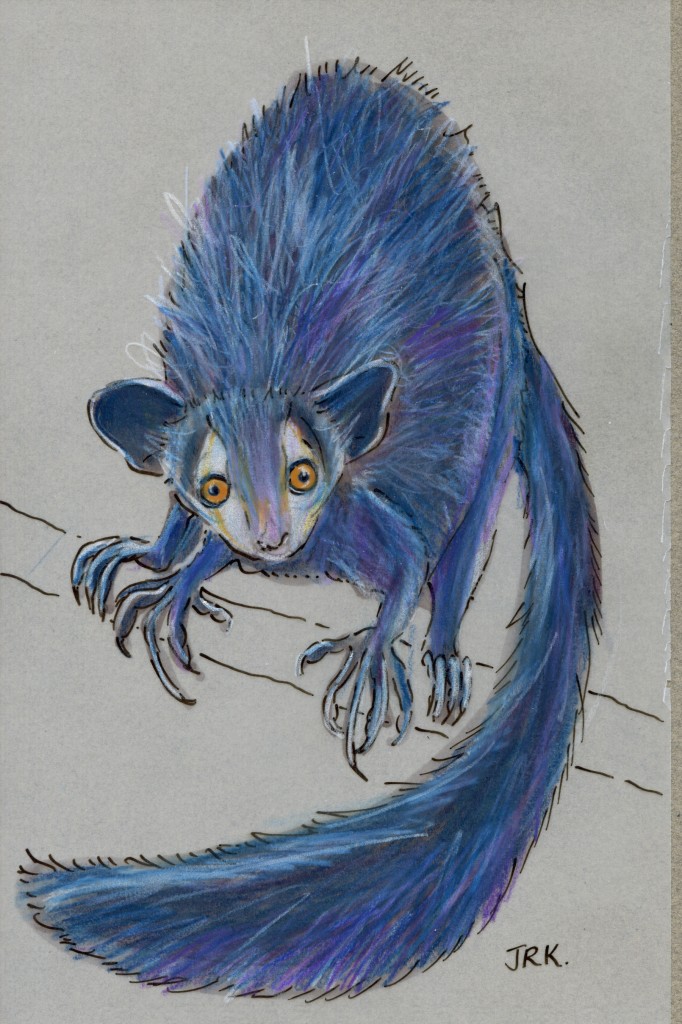 The aye-aye is the only mammal I can think of that is primarily known for being ugly. Anytime someone writes a think-piece about the primacy of “charismatic megafauna” in conservation efforts, the poor aye-aye comes up as an example of an uncharismatic animal that is nevertheless in need of protection and aid. (People seem to want to donate money to help animals when the animals are cute or otherwise iconic, like pandas, tigers, and polar bears. Those three are classic examples of charismatic megafauna. I think it would be a good name for a band, too.)

The good (or at least goodish) news for the aye-aye is that it’s not as endangered as we once thought, and in 2008, the International Union for Conservation of Nature downgraded its status from Endangered to Near Threatened—two steps back on the road to extinction. It seems to be both more widespread and more adaptable than we feared. But still, the aye-aye is threatened by the ubiquitous specter of habitat destruction in its native Madagascar. And apparently, a traditional Malagasy superstition holds that the aye-aye is an evil omen that must be killed on sight. This superstition is repeated so often in the aye-aye literature, and in such similar words, that I thought it must be a rampant scientific urban legend, but even my most reliable sources (in other words, not just Ivan T. Sanderson) report it as fact. Poor aye-aye! I love the nocturnal guy just the way he looks tonight.

Now, the aye-aye is not just strange but unique. It is the only surviving member of its family and one of only two mammals (the other being the long-fingered triok of Indonesia and Papua New Guinea) that occupies the evolutionary niche that the woodpecker holds elsewhere. The aye-aye tap-tap-taps its looooooong middle finger on dead wood to locate insect larvae inside. Then it uses that same looooooong middle finger to extract the delicious bugs from the wood. Sometimes it uses its finger to tap on coconuts, perhaps to assess their ripeness or the amount of milk they contain, before using the finger to get the pulp and milk out.

Theo drew an aye-aye, too. See? 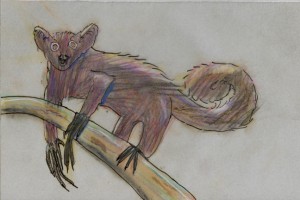