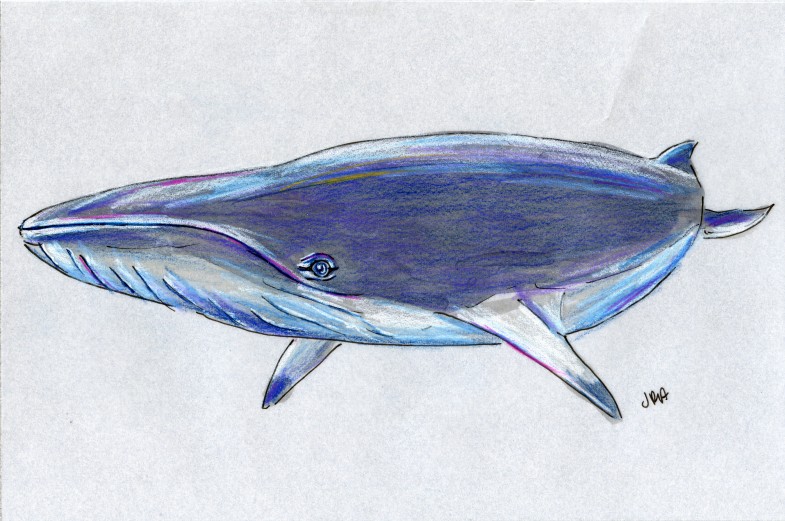 It’s whale-hunting season again. And for the most part, it’s minke whales like this one who are being hunted. Minkes are small baleen whales that live in every ocean and some seas. (There is some controversy about whether there is one minke species or two—or more—but I’m staying out of it for now.) They weren’t hunted until recently—when they were about all that was left to hunt because other baleens had been killed to near extinction. While it’s thought that there’s currently a pretty healthy population of them, I don’t think anyone’s entirely sure exactly how many there are.

An international moratorium on commercial whaling took effect in 1986. Under the terms of the moratorium, member nations of the International Whaling Commission may not legally hunt whales, except for scientific purposes or, in some cases, by indigenous populations. If a country registered an official objection to that moratorium, it is not bound by its terms. That’s why Norway is allowed to kill some 1,000 minke whales a year. (It usually doesn’t kill nearly that many, though.) On the other hand, Japan registered an objection but then withdrew it; now Japanese ships kill more than 1,300 whales each year under the guise of “scientific research.” No one needs to kill that many whales to study them; no one needs to kill any whales to study them, really. The whales wind up, rather non-scientifically, on dinner plates.

Right now, a ship called the Steve Irwin operated by the Sea Shepherd Conservation Society is following the Japanese fleet in the Antarctic, “nonviolently harassing” the whalers in an attempt to make it more difficult for them to kill whales. (Apparently, even Greenpeace thinks these guys are extreme.) Yesterday, Japan asked Australia to deny the Steve Irwin access to its ports, which the ship needs to visit so it can refuel, a three-week process. Australia hasn’t said what it’s going to do yet. This past Monday, a Japanese sailor named Hajime Shirasaki went missing from one of the whaling ships; he is assumed to have fallen overboard and drowned. Sea Shepherd announced it would not “harass” the whalers while they were searching for its body, and the Steve Irwin crew, which has the only helicopter in the region, tried to join the search effort but was rejected by the angry Japanese whalers.

Meanwhile, a Japanese propaganda film has been posted on YouTube (read about it here; the article links to the actual movie, which I’m not watching) in an attempt to reveal Australians’ hypocrisy in their strict opposition to whaling while they abuse kangaroos. I say Australia and Japan are both wrong: leave the kangaroos and the whales alone.

NOAA’s Marine Fisheries Review has published a memoir by a Russian whaler in PDF form on its website. I haven’t read it yet but I think I’ll take a look.

Animal Planet has a show about the Steve Irwin and the Japanese fleet called Whale Wars. Have you seen it?