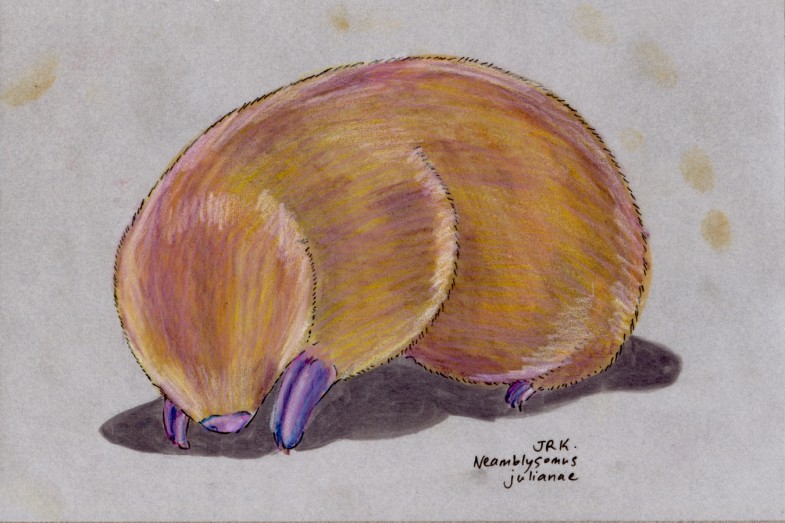 Juliana’s golden-mole (Neamblysomus julianae) is endemic to South Africa. It is one of 20-some species of golden moles. Like the others, it has no external eyes. Instead, it has vestigial eye-like things under its skin and fur.

Golden moles as a group are strange and fascinating. Most of them don’t really need to drink water because their kidneys are so efficient. And they have what Ivan T. Sanderson (in Living Mammals of the World) describes as “brilliantly metallic golden fur.” In fact, scientists have discovered that this iridescent fur reflects light similarly to the way nocturnal mammals’ eyes do. Since they’re blind, it’s not clear why they’re iridescent, but it may be a side effect of some other function of the fur. A silly article on Buzzfeed says golden moles are our “new terrifying fluffball overlords.”

The eponymous Juliana is Juliana Meester, the wife of the South African zoologist who named this species.