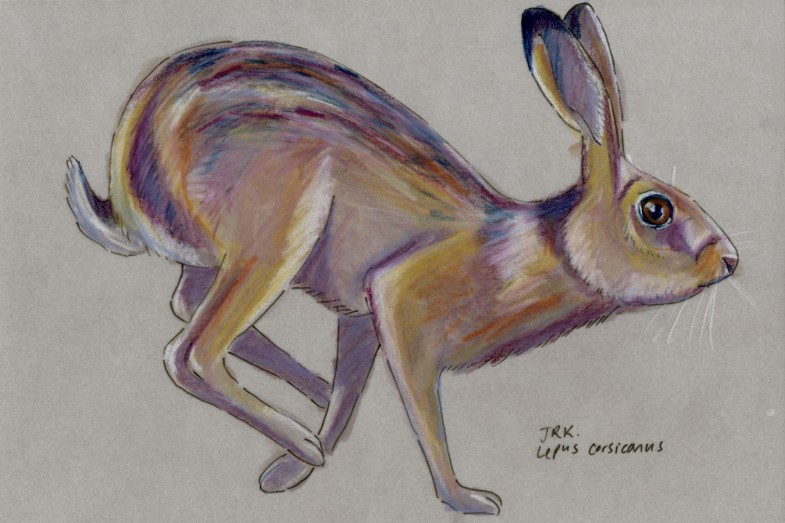 I’m delighted that more than 100 people “like” the Daily Mammal Facebook page, so I’m drawing a mammal from each country that one of those people lives in. Don’t let the name of this one fool you. I know that Corsica is French, but this hare (which is also called the Italian hare or the Apennine hare) is native to central and southern Italy, including Sicily. It was introduced to Corsica sometime roughly in the Renaissance. The Corsican population was thought to be extinct, but in the past decade or so, a couple of dead specimens have turned up there, suggesting there must be at least a few Corsican hares on Corsica still.

The hare was described in 1898, but in the 20th century, scientists decided it was probably a subspecies of the European hare. Now it’s got its species status back again, thanks to studies of old museum specimens of both species. The species is listed as Vulnerable by the IUCN (next stop Endangered). It has a fragmented range and a pretty low population density. Threats to the species’s survival include competition from the European hare, which was introduced (or maybe reintroduced; I’m not sure) to Italy, habitat loss, predation by dogs and foxes, and hunting. It is also susceptible to European Brown Hare Syndrome (EBHS), a fatal and contagious virus.