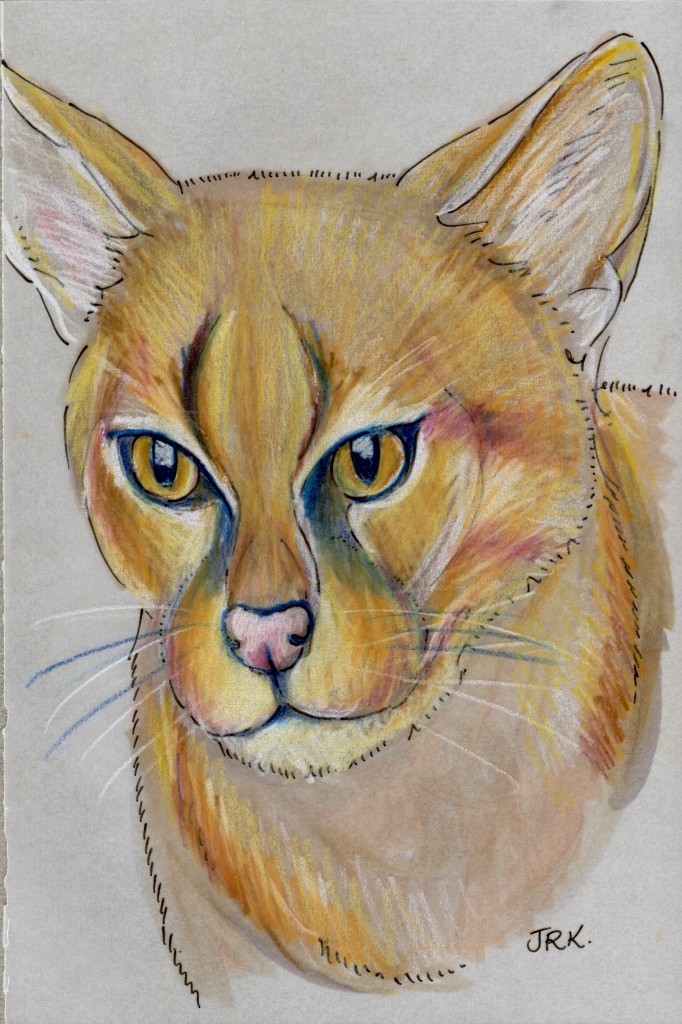 There are far more cat species than I realized. My Princeton Encyclopedia of Mammals lists 29 small cats, plus seven big cats. The domestic cat is a subspecies of one of the wildcat, Felis silvestris. Or it might be its own species, F. catus. The neat thing about taxonomy is that it has room for differing opinions, and it’s always changing. Today’s colocolo, also known as the pampas cat, is another example. Some scientists are thinking that it’s actually two or three species—Leopardus colocolo, L. braccatus, and L. pajeros—which would bring the Princeton Encyclopedia of Mammals’ list up to 31 small cats. But others argue that they should remain subspecies. If you consider the three species to be one, the colocolo lives in the grasslands of South America; if you think L. colocolo is separate from the other two species, this one lives in the Chilean cloud forests and  where it eats rodents, birds, lizards, and insects.