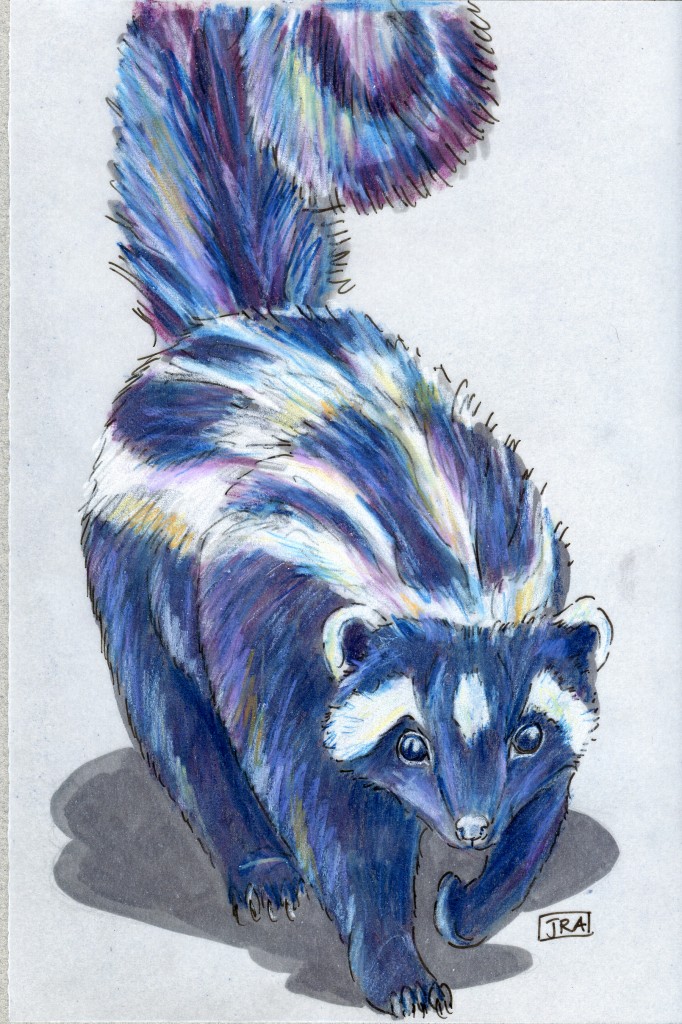 The animal above looks like a skunk, but he isn’t. His name is a dimunitive form of the word zorro, Spanish for fox, but he’s not Spanish or a fox. Like his skunk doppelgangers, he’s in the polecat family, and he lives throughout sub-Saharan Africa. Besides their striking good looks, zorillas and skunks share something else: a nasty compulsion to spray foul-smelling juices from their anal glands whenever they feel threatened. The zorilla follows that up with another trick: he plays dead until the threat has passed, sometimes for as long as half an hour. Although that seems strange—wouldn’t playing dead just make it easier for a predator to have its way with the limp, unmoving zorilla?—scientists theorize that it gives predators a chance to taste the presumably non-delicious anal-gland juice that has settled on the zorilla’s fur and decide to get dinner somewhere else.