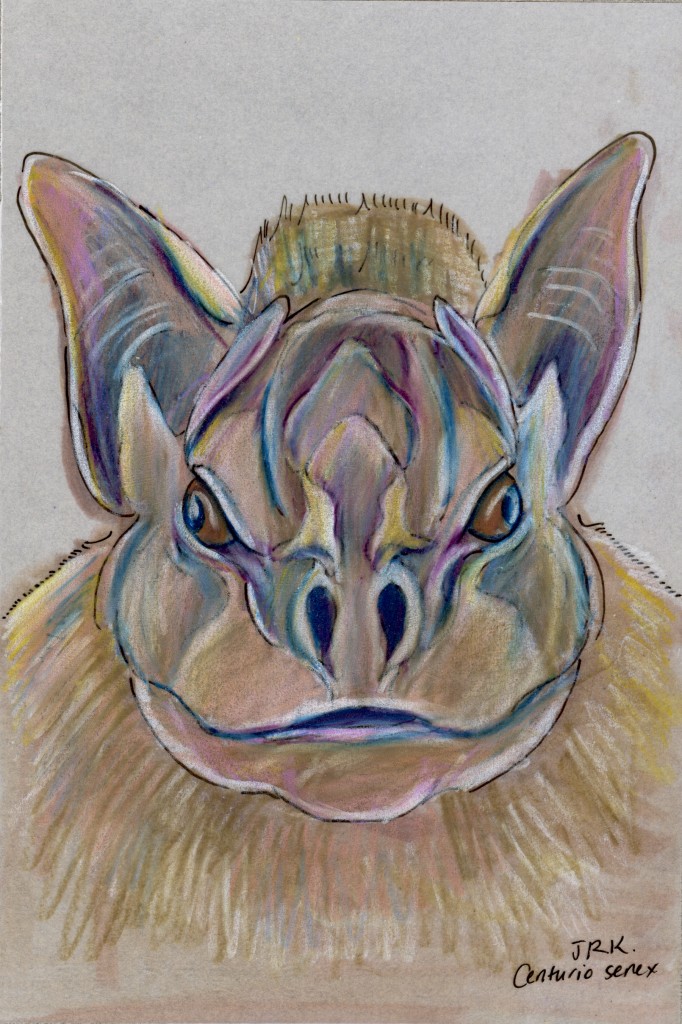 The flaps at the male bats’ necks are so big that when they’re resting, they flip the flaps up to cover their entire faces. I thought it might be to keep light out so they could sleep better during the day, but then I learned that they have translucent patches over the eyes! Pretty amazing.

This article from the Journal of Zoology (link is to a PDF) uses words like bizarre, extraordinary, unusual, exceptional, enigmatic, and dramatic in describing the bat’s strange face and head. The wrinkle-faced bat is frugivorous, meaning it eats fruit, and the article’s authors conclude that it’s likely that the shape of the head, anyway, is in service of the bat’s strong bite, which perhaps helps it eat harder fruits and therefore survive when weaker-jawed frugivores wouldn’t. Usually, when a bat has strange facial folds, it’s thought that the wrinkles help focus the bat’s sonar so it can better catch insects. But this fruit-eater obviously doesn’t need that kind of help. I read one theory speculating that the wrinkles could channel fruit juice into the bat’s mouth.