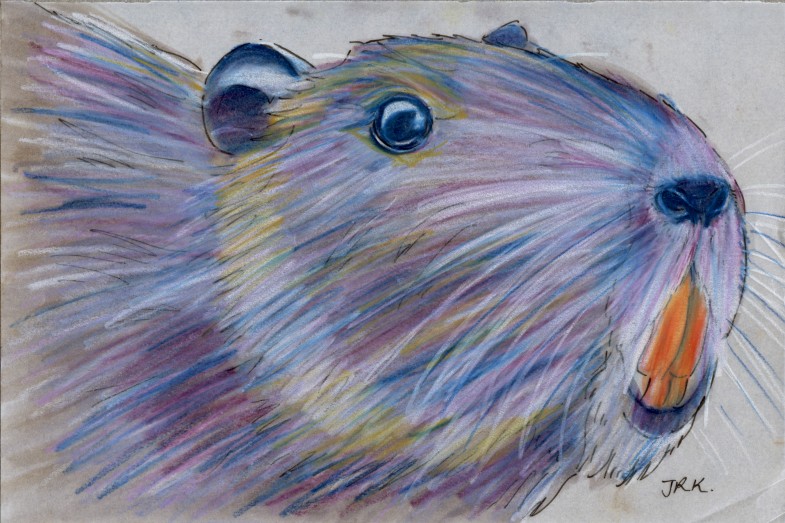 Today we go a little further in our look at the mammals of the countries competing in the World Cup. Meet the coypu—you may also know it as the nutria—who is representing Uruguay. It’s a semi-aquatic rodent native to Argentina, Bolivia, Brazil, Chile, Paraguay, and Uruguay, but it didn’t stay in those southern South American countries. Because of its warm and pretty fur, the coypu was imported into North America, Europe, and Asia for fur farming. When those fur farms didn’t really take off, the coypus escaped or were released, and they quickly became invasive semi-aquatic pests, destroying native wetlands, possibly contributing to the damaged levees that flooded New Orleans after Hurricane Katrina, and generally making a nuisance of themselves. This is why they can’t serve as a metaphor for cosmopolitanism or even the global reach of soccer. A cosmopolitan seeks to understand other places, people, and cultures, not destroy them with her giant orange teeth. The coypu presents a warning, though, about the fragility of our ecosystems and a reminder that any small change can cause big destruction.

There is at least one interesting attempt to try to create some good from this situation in the southeastern United States. Righteous Fur, a New Orleans company, is selling clothing and jewelry made from the fur and teeth of coypus that are being exterminated anyway and whose pelts would otherwise be wasted. People who like wearing fur thus have a way to wear it without any deaths on their conscience, and in fact, if it’s handled right, it could be a way to actually help animals by wearing fur. (I would love a coypu-tooth necklace, but unfortunately, the Etsy shop is empty, just like mine is.)

Now as for Uruguay’s World Cup team, tomorrow they play South Africa on a day when surely no one will root against the home team. But I have taken an interest in Uruguay, for the plain reasons that they were in the first game I watched (a 0–0 draw against France) and I feel sorry for them because nearly everybody else has a much more stylish typeface on the back of their shirts. You can kind of see what I mean in the photo below. I think it’s a question of Puma vs. Adidas design. Uruguay wears Puma, most everyone else wears Adidas, and Adidas seems to have picked a much cooler style of type. 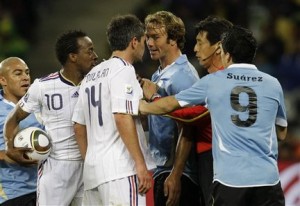 Anyway, Uruguay is in Group A, which is completely up for grabs after both of the group’s first games ended in draws. I’m rooting for South Africa tomorrow, but I wish Uruguay well. Here is Coco’s charismatic coypu. 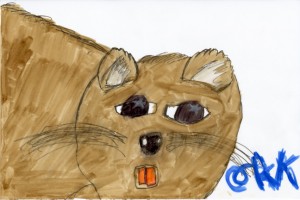