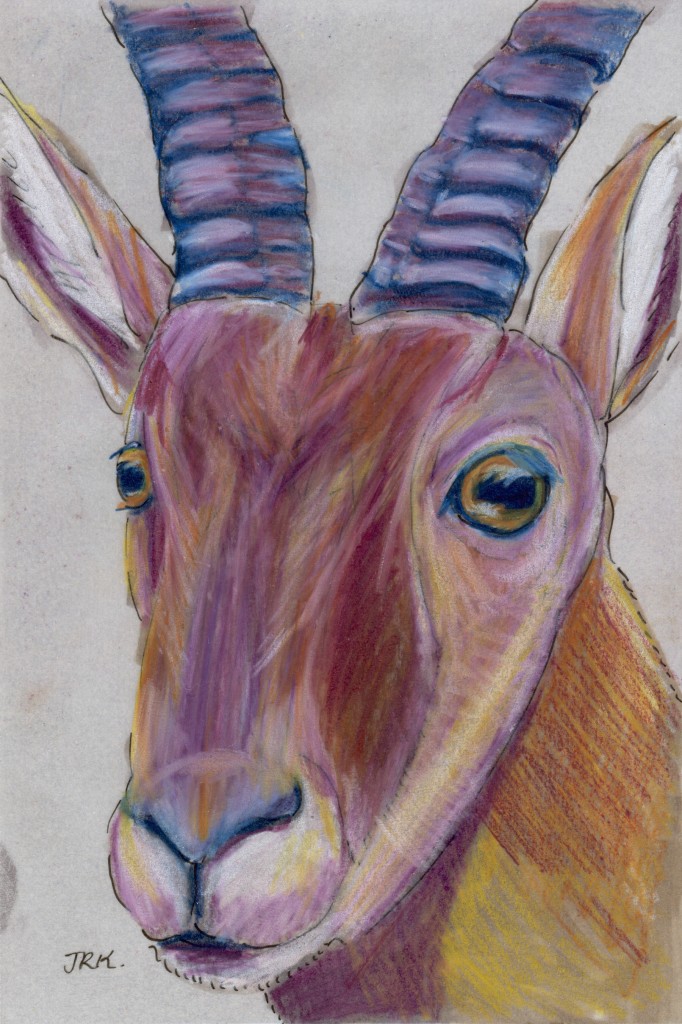 The Spanish ibex is our penultimate mammalian World Cup competitor! Representing Spain, natch, it’s a nimble goat that lives in rocky places, once throughout the Iberian Peninsula, but now only in Spain and where it’s been reintroduced to Portugal. Of the four subspecies that once existed, only two remain. The last Pyrenean ibex, Capra pyrenaica pyrenaica, died in 2000 after being hit by a tree. It was successfully cloned, if you can call it a success when your clone only lives for seven minutes. The Capra pyrenaica species as a whole, however, is doing well, its numbers increasing as it hops its way over the cliffs of Spain.

Spain’s soccer team is doing well, too. Of the 19 World Cups in history, Spain has qualified for 13. Although it’s never before done better than fourth place, it was one of the favorites to win the whole thing this year, and sure enough, Spain will be playing in the finals against the Netherlands on Sunday.