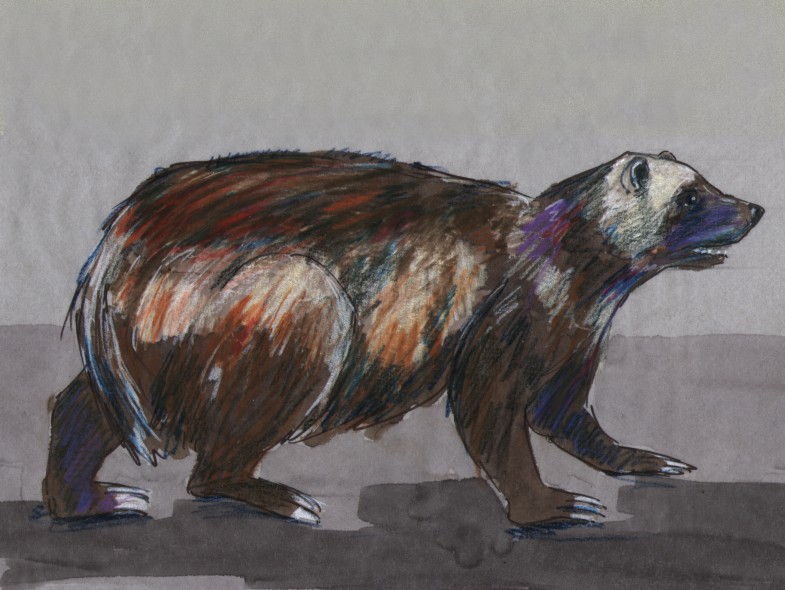 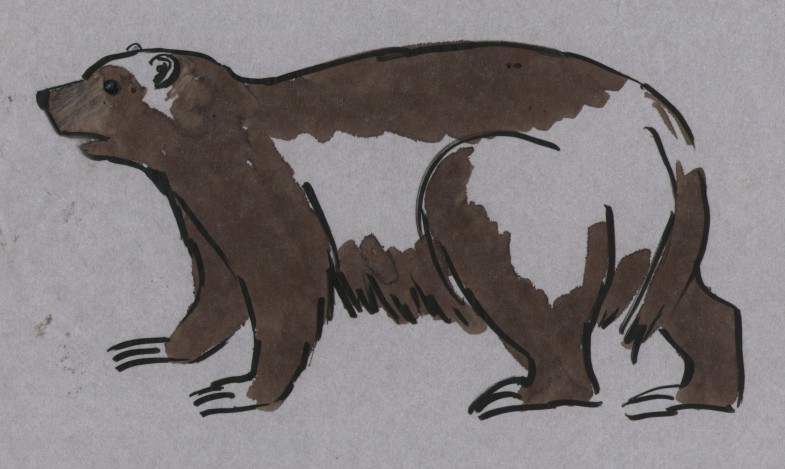 The wolverine is another request from Mr. Leigh, and it has a scientific name that’s very fun to say. It lives in Europe and Siberia, as well as in the northernmost parts of North America (and just barely down into the northwest U.S.). Just like me, the wolverine is solitary and needs a lot of space. I drew the wolverine several times today, and even painted it with watercolors once, but here are just two of them—same pose, different style. (Also, this is Thursday’s Daily Mammal, even though it’s technically Friday am.)