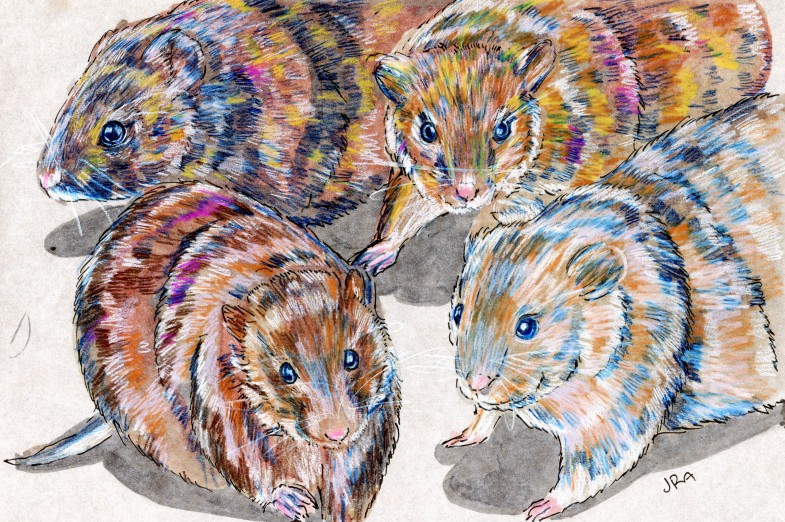 Voles are little mouselike rodents that burrow around in many kinds of environments. The four shown here have nothing in common, as far as I know, other than the fact that they each have a place name in their common name. Walker’s Mammals of the World has a couple of interesting things to say about the voles of the Microtus genus:

In general the social life of Microtus is something of an enigma. A number of species are known to live in what appear to be colonies of hundreds of individuals. The animals therein, however, may be totally uncooperative and extremely aggressive toward one another.

That reminds me a bit of some Homo sapiens families I know. Walker’s also says:

…Microtus appears to be slow-moving, docile, and easily trapped and tamed. When upset these voles may emit a high-pitched squeak, gnash their teeth, and either flee or freeze depending upon their location and previous activity.

Poor upset voles! Here on YouTube you can see a not-noticeably-distressed captive Japanese grass vole working on his nest.