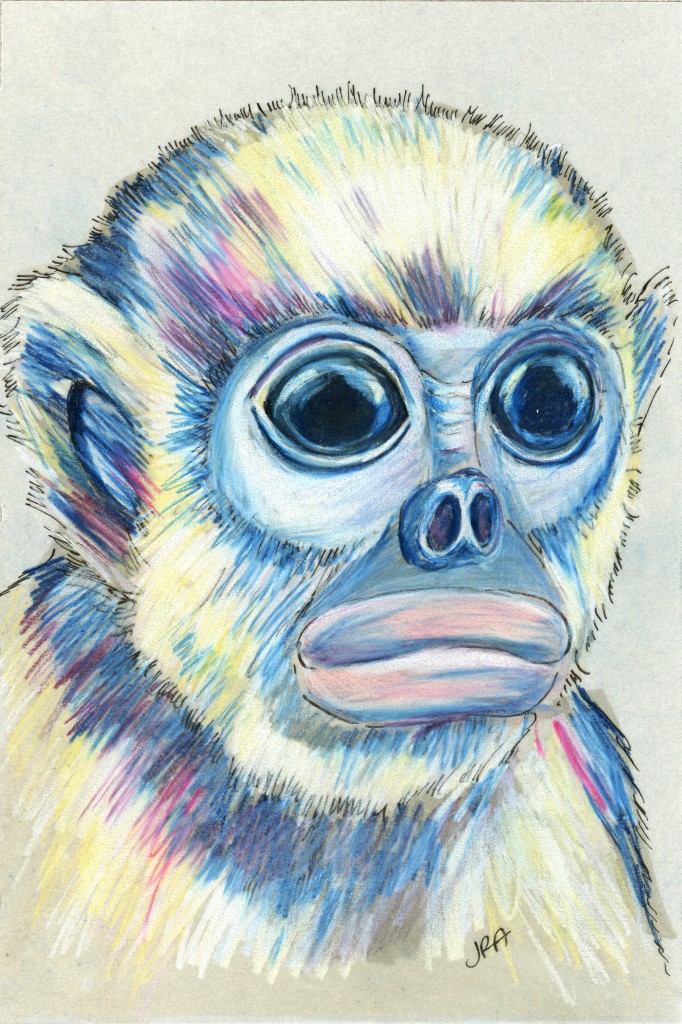 This funny fur-face, whose scientific name translates to nose-ape uncle, is one of the world’s rarest mammals. Only about 200 of them exist. They live in forests in a little bitty section of northeastern Vietnam near the Chinese border, where they eat fruit and bamboo and rush around up in the leaves saying “ga-ga! ga-ga!” There are two reasons we’re down to so few of them: deforestation, especially for the lumber trade and to make room for cardamom farms, and hunting. The Tonkin snub is an unfortunate ingredient in traditional medicines. (At one time, it was thought that the monkey’s pelt could ward off rheumatism.) I’m not sure whether it’s also hunted for bushmeat; some sources say yes, but some say that it doesn’t taste very good and so doesn’t make a very popular dinner.

A small bit of good news came out last month, when Flora & Fauna International announced it had found a previously unknown (to scientists, anyway) population of the little guys. This group of about 20 Tonkin snub-noses was afraid of humans, possibly indicating an earlier run-in with hunters. Locals in the area told of another, maybe larger group, too.