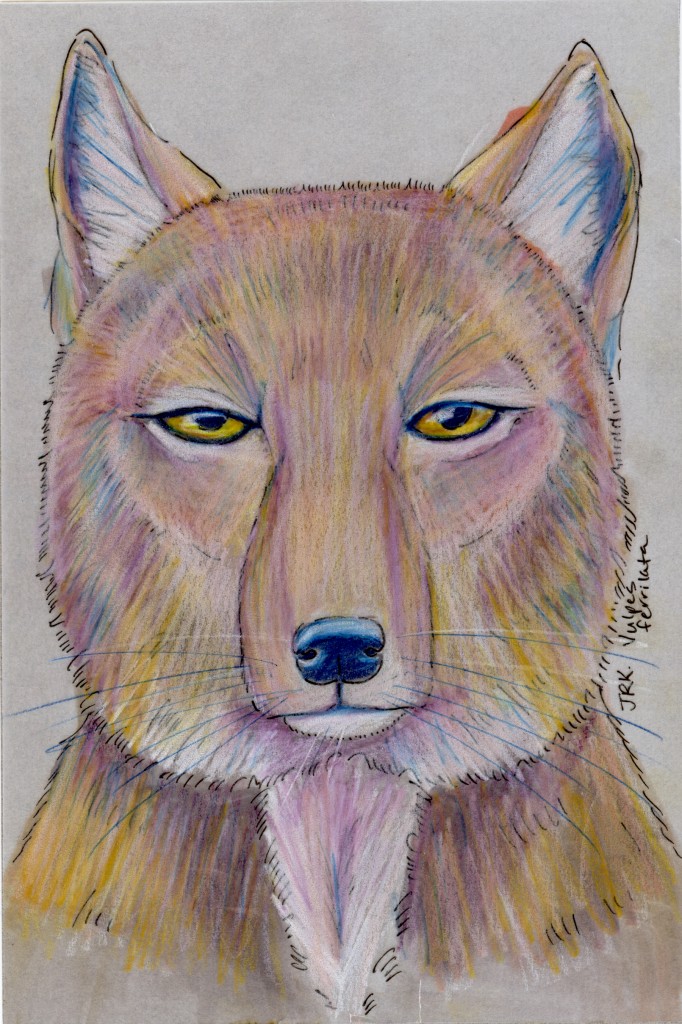 By request! A Tibetan sand fox, which is also known as a Tibetan fox or as a sand fox. These foxes live on the Tibetan Plateau in India, China, Nepal, and Tibet. The Tibetan Plateau is both the largest and the highest plateau in the world, and I know from Coco’s school report on Tibet this year that it’s called the roof of the world.

The foxes seem to mostly eat black-lipped pikas, chirpy little furry guys in the rabbit family. In fact, pikas may be pretty much the only thing Tibetan foxes eat, which would make them obligate predators: the biological term for a predator that eats mostly just one type of prey. That reliance on pikas means the Tibetan sand fox could be in trouble if people continue their current campaigns of poisoning pikas to control the pika population. Right now, though, the foxes are doing all right, endangerment-wise.