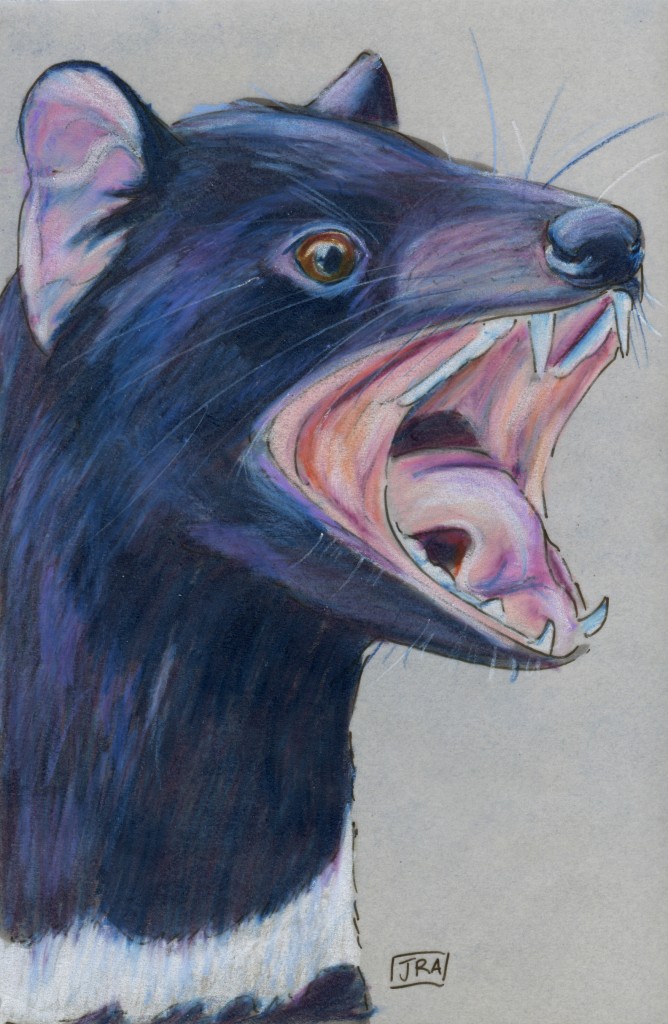 Tasmanian devils are feisty, aggressive guys, with a screech that’s invariably described as bloodcurdling or bone-chilling. They dine on carrion, and they especially love to eat dead wallabies and opossums. They get into scuffles over their food, during which they nip at each other’s faces, and their complicated, violent mating rituals also involve rival males biting each other’s faces. Tasmanian devils have extremely strong jaws, which let them crunch on bones. Their genus name, Sarcophilus, means “flesh lover.” Listen to their screams in this video:

But Tasmanian devils are in big trouble: over the past 13 years, the wild devil population has fallen by 70 percent.

The devils are falling victim to a vicious, communicable cancer called devil facial tumor disease. Their face-biting just helps the cancer spread. The Australian government declared the devils endangered last week, and frantic efforts to save the species include captive breeding programs on the Australian mainland, the quarantine of non-affected populations with devil-proof fences, and the release of breeding pairs on isolated islands, in addition to a search for a vaccine for their cancer. If these attempts don’t work, the Tasmanian devil could be extinct within a decade or two.