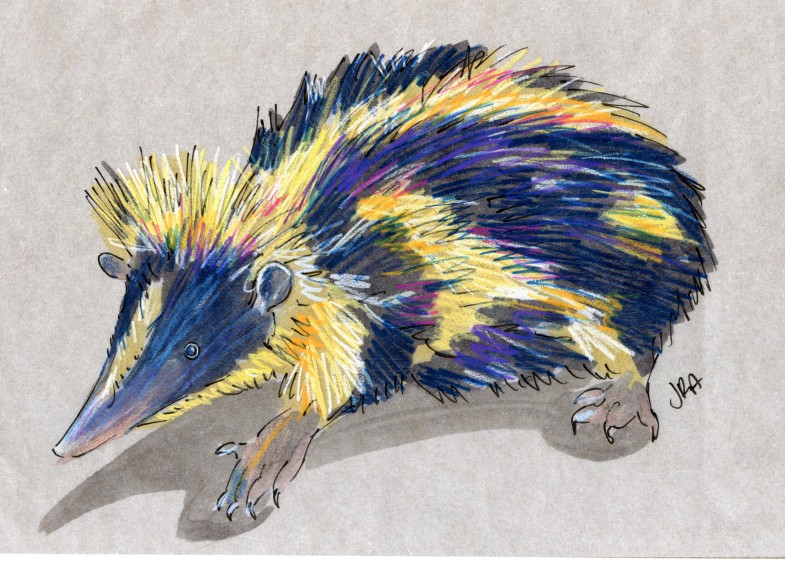 Here’s another of those wonderful mammals that exist only in Madagascar. The streaked tenrec is a small insectivore with barbed quills that lives with its family in underground burrows. Tenrecs make a lot of strange little noises, including one that a mother tenrec will produce by vibrating certain of her quills. This sound lets her communicate with and locate her young! According to the IUCN, tenrecs are quite abundant, even in urban areas. I like learning about all the different sorts of urban wildlife in the world. One city might consider urban wildlife limited to pigeons, rats, mice, and insects, while another has a monkey scourge or an abundance of streaked tenrecs. Here, we have coyotes (I saw one at the airport two weeks ago), rabbits, roadrunners, bobcats, and the occasional mountain lion or bear. What interesting animals live in your town?