Before long, it will be time for another 24-Hour Mammal Marathon! 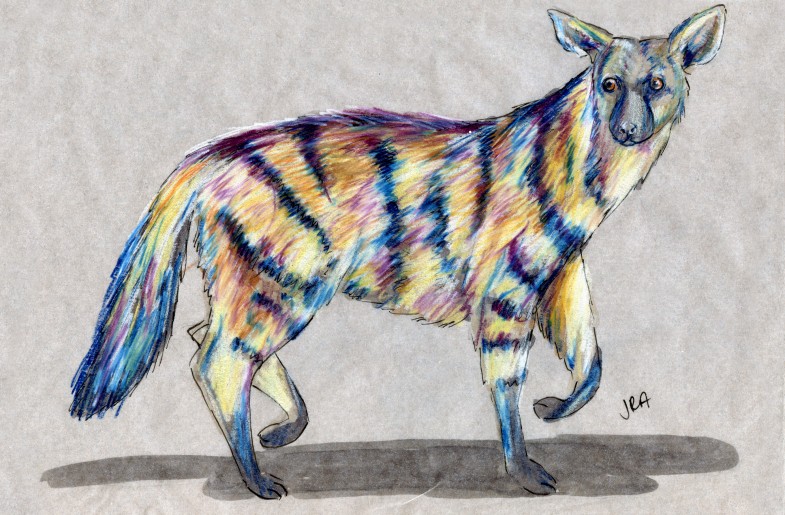 The aardwolf is in the hyena family, and you can see the resemblance. Unlike their hyena cousins, however, aardwolves are insectivores, eating mainly termites along with the larvae of other insects. They keep their dens in underground burrows throughout Africa, often moving into homes that aardvarks have abandoned. They’re sometimes killed by people mistakenly believing that they prey on poultry and sheep, but they actually seem to hate eating meat. The biggest problem aardwolves face from humans comes when the aardwolves eat insects that have been sprayed with pesticide.

The Aardwolf on the IUCN Hyaena Specialist Group website