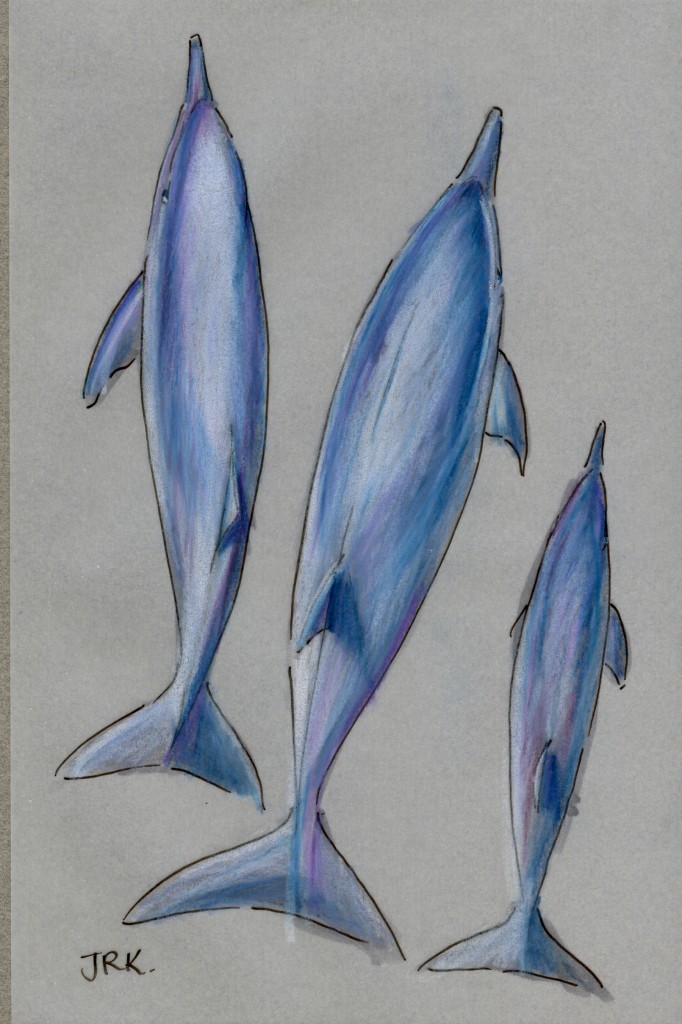 Spinner dolphins, who live in a great big swath of the world’s oceans (right around the middle of the earth like a belt), get their name from their acrobatic twists and rotations. They spin as part of their social interaction and probably as a way to communicate, or maybe to dislodge parasites, which is of course a much less romantic thing to think about when watching their graceful feats. Their society is a fission-fusion one, in which they feed in large groups at night and split off into smaller bunches to hang out during the day.

Spinner dolphins are one of the species most affected by tuna fishing, and although fewer of them are killed by the fishing industry these days, the species is not recovering nearly as quickly as one would hope. And some quick research I’ve just done indicates that the “dolphin-safe” labels that have so assuaged our worries and guilt may not be particularly reliable. And even tuna catches that are dolphin-safe are not safe to the other marine life, like sea turtles, sharks, and other fish, that are caught in tuna nets and discarded. So another day, another Daily Mammal post that ends on a futilely depressing note. Here’s Theo’s beautiful dolphin drawing to add some grace. 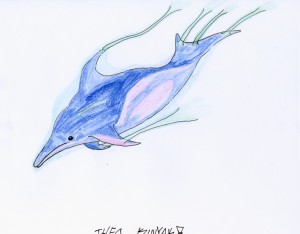