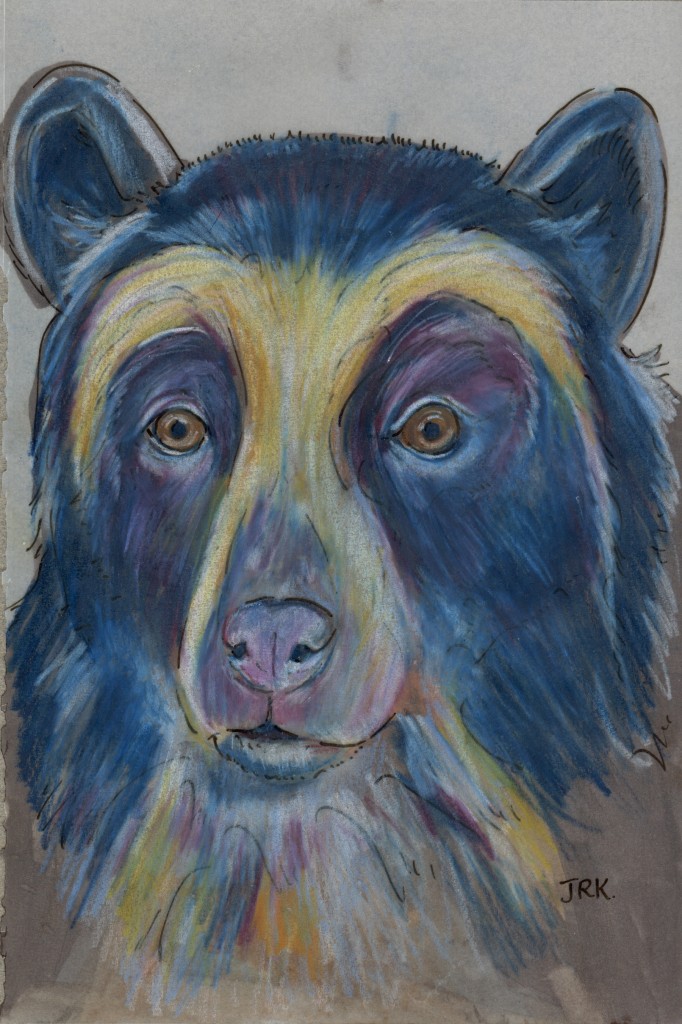 The only bear from South America, the spectacled bear lives in Venezuela, Ecuador, Colombia, Peru, and Bolivia. It gets its name, of course, from its professorial appearance, and it’s also known as the Andean bear, or ucumari in a native Andean language. The bear is a small one, as bears go, with males weighing up to 340 pounds and females only up to 180. There may be only a few thousand spectacled bears left in the wild. They are threatened by poaching, by habitat destruction (of course), and by farmers whose crops they try to eat. They are also used in traditional medicine and sometimes eaten. The bears themselves like to eat plants and fruit, especially bromeliads, but they’ll occasionally eat small animals.

Theo, without knowing that the bear is sometimes known, in Spanish, as oso real, drew a spectacled bear with a crown. 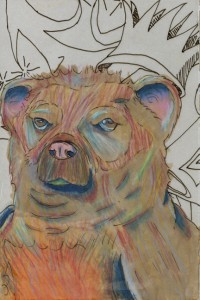 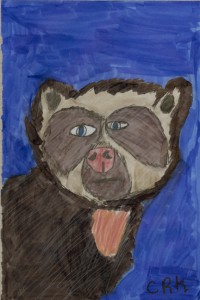