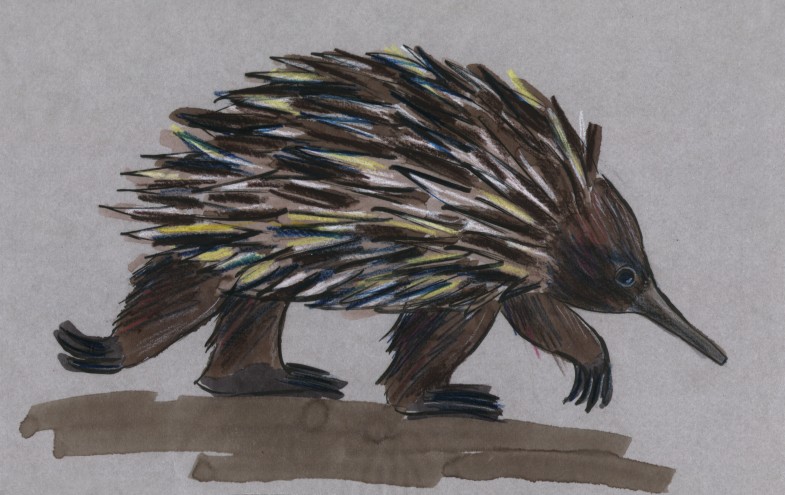 May I introduce the monotremes? They are an ancient order of mammals, now including only the duck-billed platypus and a few species of echidna. Monotremes are very strange creatures, mammals that lay eggs and nurse their young (which are called puggles!) after they hatch, although they don’t have teats and instead secrete milk from their pores! This one, the short-beaked echidna, is the most widely distributed animal in Australia, and appears on one of Australia’s coins. Echidnas don’t have teeth—they suck up insects through their long noses, like anteaters and armadillos do. My pal Dana requested an echidna drawing.