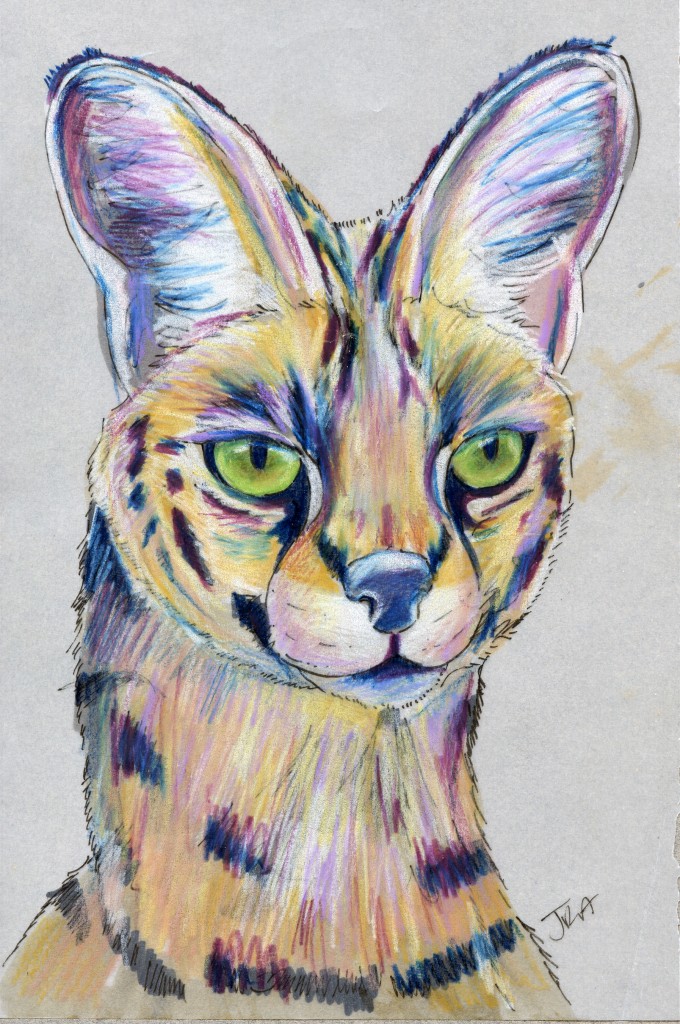 Hello, mammals! Meet the serval, a smallish African wild cat. But not all of it is smallish; in fact, proportionally, the serval has the longest legs and the biggest ears of all the cats. (You can’t see the legs here, obviously, but check out the full-body photographs on ARKive. Servals look like they’re wearing the wrong heads.) They remind me of hyenas, maned wolves, and other savannah or grassland hunters who need long necks and long legs to see above the plants.

Servals are not in any immediate danger of extinction (IUCN classifies them as a species of least concern) but between habitat loss and being hunted for their hides, some populations and subspecies of the serval have decreased or even vanished.

These golden cats hunt rodents, frogs, lizards, and even insects. They attack with a pounce. They can leap three meters in the air to grab a bird in flight. Serval sounds include growls, spits, shrill cries, and purrs. They’re mostly crepuscular (one of my favorite words: active at dusk and dawn) and solitary. Here’s some nice nighttime safari footage of a leaping serval.