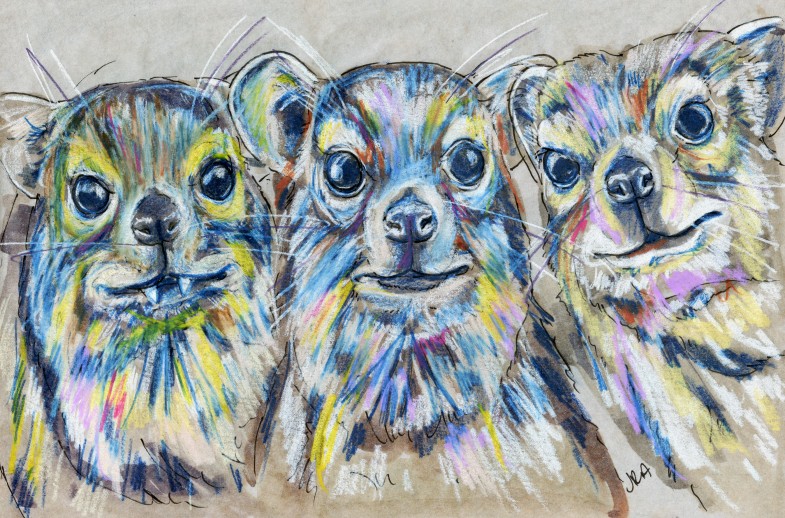 These funny fellows are rock hyraxes, furry little scurrying, jumping guys that live in the desert in Africa and the Middle East. See the teeth on the one on the left? Those are thought to be remants, evolution-wise, of tusks, as the hyrax is related to the elephant (and to manatees).

The rock hyrax lives in herds of several dozen, and they tend to all use the bathroom in the same spot. Well! Their urine is “glutinous,” and when it’s sitting out on a rock in the sun (and, depending on who you ask mixing with their feces), the whole mess becomes kind of stickily crystallized into a solid mass. Then it’s called hyraceum and is used to make medicine and perfume.

Rock hyraxes are mentioned in the Bible, where they’re called conies in many translations. In the book of Proverbs (30:24–28) there’s a list of things that are small but wise. Conies are “creatures of little power, yet they make their home in the crags.”