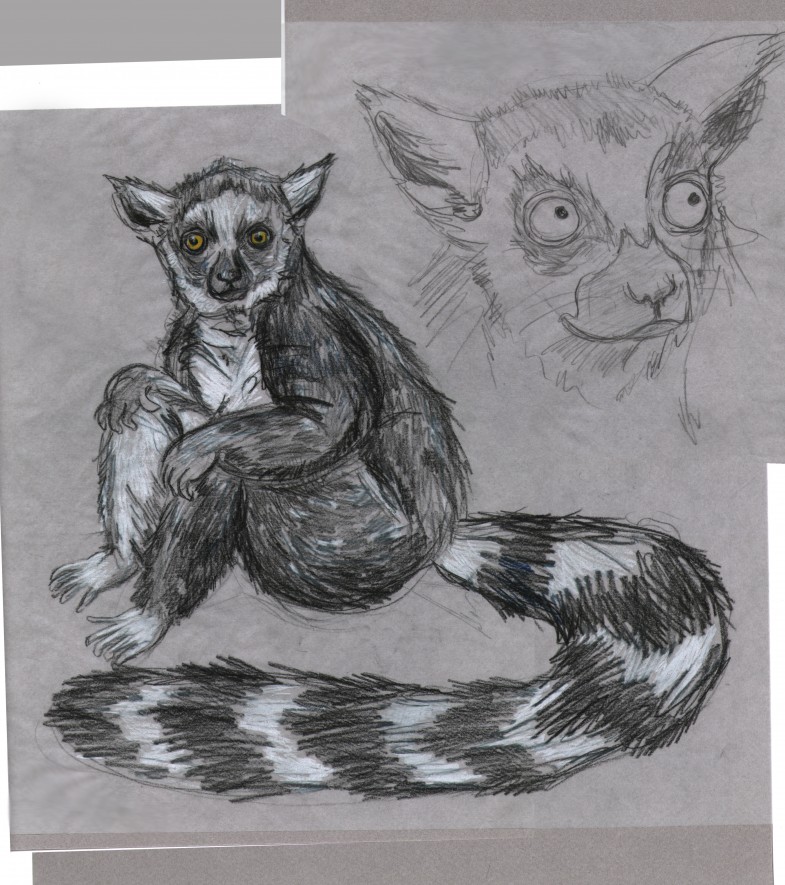 For Leigh’s last mammal, he branched out from western North America and requested a lemur. Apparently, there are 50 species of lemurs (many of which are endangered). I chose a ring-tailed lemur. Several websites about lemurs say that the word lemur comes from the Latin lemures, meaning “nocturnal spirits,” but my dictionary widget says it means “‘spirits of the dead’ (from its specterlike face),” which I prefer. I sort of fell in love with lemurs, researching them today. They are simultaneously so hilarious-looking and beautiful. It took me several tries to draw their face shape reasonably accurately—they kept coming out looking like cats.