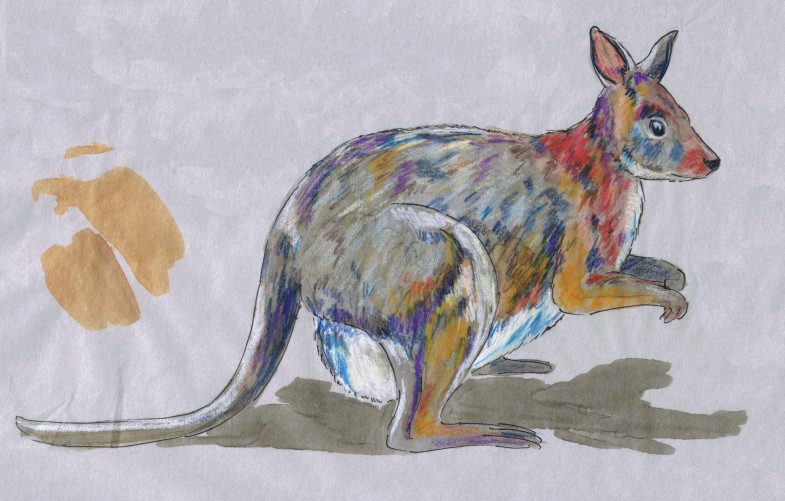 The red-necked pademelon (there are other pademelons, including a red-legged one) is a small wallaby that lives in eastern Australia. It’s nocturnal for the most part, has one joey a year, and like many animals is threatened by habitat destruction—as well as by domestic dogs and cats, dingos, and other predators.

Here is a nice 19th-century painting of red-necked pademelons.