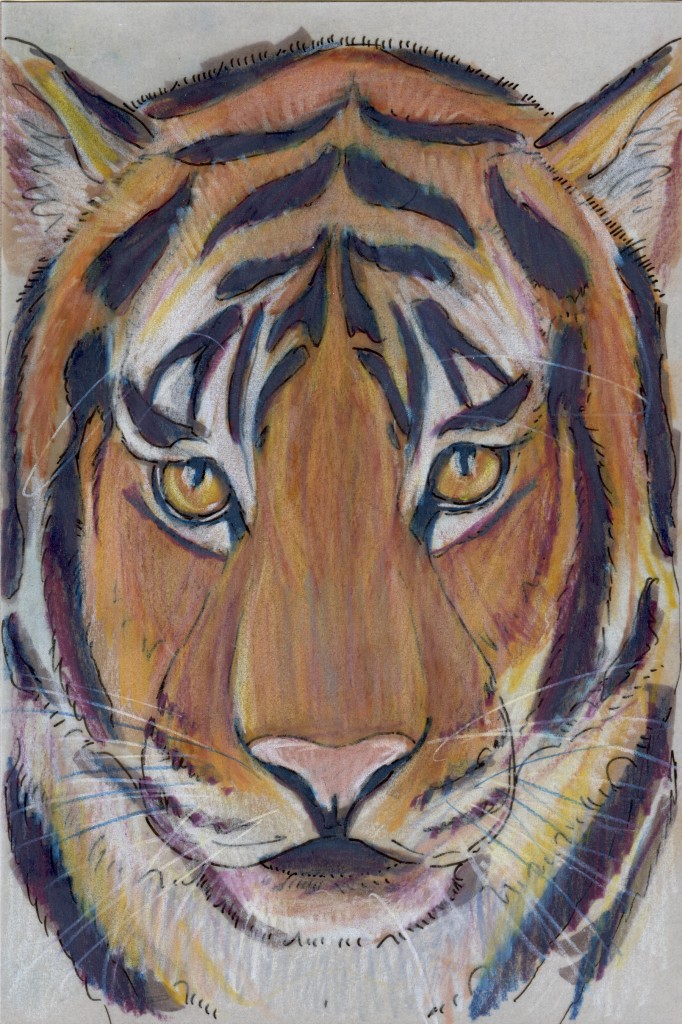 Before we leave Primorye at the end of our weekish-long visit, we must pay tribute to the tiger, the animal that inspired the book that inspired this week’s theme. Early in The Tiger, John Vaillant says,

“If Russia is what we think it is, then tigers should not be possible there. After all, how could a creature so closely associated with stealth and grace and heat survive in a country so heavy-handed, damaged, and cold? The nearest jungle is two thousand miles away. For these and other reasons, neither Russia the Idea nor Russia the Place are useful ways of describing the home of the Siberian tiger, which is, itself, a misnomer. This subspecies is known locally—and formally—as the Amur tiger, and it lives, in fact, beyond Siberia.”

A few pages later, he gives us a very vivid description of this most powerful of beasts:

“Of the six surviving subspecies of tiger, the Amur is the only one habituated to arctic conditions. In addition to having a larger skull than other subspecies, it carries more fat and a heavier coat, and these give it a rugged, primitive burliness that is missing from its sleeker tropical cousins…To properly appreciate such an animal, it is most instructive to start at the beginning: picture the grotesquely muscled head of a pit bull and then imagine how it might look if the pit bull weighed a quarter of a ton. Add to this fangs the length of a finger backed up by rows of slicing teeth capable of cutting through the heaviest bone. Consider then the claws: a hybrid of meat hook and stiletto that can attain four inches along the outer curve, a length comparable to the talons on a velociraptor. Now, imagine the vehicle for all of this: nine feet or more from nose to tail, and three and a half feet high at the shoulder. Finally, emblazon this beast with a primordial calligraphy: black brushstrokes on a field of russet and cream, and wonder at our strange fortune to coexist with such a creature.”

I love that “primordial calligraphy” and of course that last idea, that we are fortunate to coexist with tigers. As I’ve said before, one thing that this Daily Mammal project has given me is a huge sense of awe and wonder at the beauty and variety of life here on this planet, and for the miracle of evolution. I am indeed grateful to live in the same world as the tiger, even if, as Vaillant says in his book, “it alone can mete out death at will.”