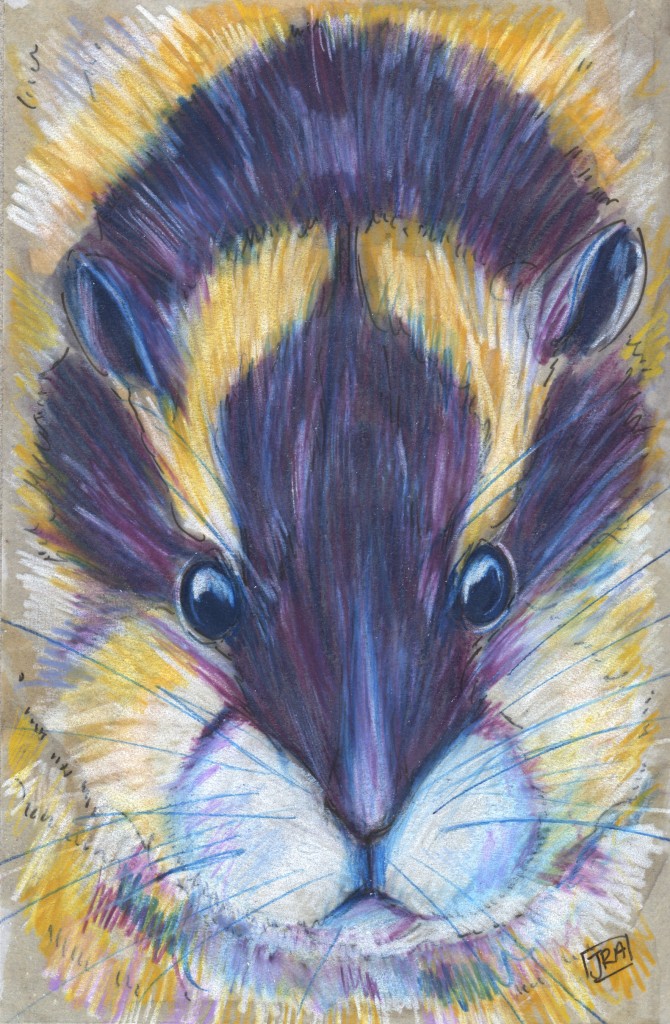 Poor lemmings. We should thank them for how generously, if unwittingly, they have lent us their name as a metaphor for the unthinking hordes, who would indeed jump off the Brooklyn Bridge if their best friend did, who blindly follow the rest of the group, make the same bad decisions everyone else makes, and ultimately self-destruct, allowing the rest of us to smirk self-righteously. We’re not lemmings!

But it turns out that lemmings aren’t lemmings, either, in the sense of being brainwashed members of a mass-suicide cult. They don’t rush heedlessly to the sea, and they don’t throw themselves off of cliffs to their drowning deaths. Not exactly. What happens is that the lemming population fluctuates like crazy. A female Norway lemming can begin reproducing when she’s only two weeks old, and after that, she can have a new litter every three weeks. (The average litter size is 5 lemminglets.) So by the time she’s having her second litter, she has already become a grandmother, and by the time of her third litter, she could be a great-great, for pete’s sake.

Faced with harsh Scandinavian conditions and scarce food, lemmings might slow down the childbearing during the lean months. Then, as Ivan T. Sanderson puts it in Living Mammals of the World, “things get out of hand,” and the lemmings make up for lost time by having as many children and grandchildren and great-great-great-great-great-great-grandchildren as they can stand. These legions of lemmings devour all the available roots, grass, bark, leaves, and berries, and then what? They’re out of food, and there are thousands of them, and they can’t just stay there or they’ll all starve.

So they leave. And because they’re social, they leave en masse, but not necessarily solely in one direction. They may kind of fan out, searching for a new place to call home. They’re pretty good swimmers, and they have no problem crossing the occasional fjord or river. In Norway, any dissatisfied lemmings who haven’t found a suitable place to set up shop will, inevitably, come to the sea. And some of them—perhaps thinking it’s just another fjord, perhaps just wanting to keep going—will end up in it, only to drown. So, yes, lemmings have been known to plunge into the ocean and to die there. But it’s not a regular thing, it’s not every lemming, and it’s not in a precision-formation army of rodents on a mindless march to their doom.

The prevailing explanation for why the myth has stuck so well involves a sad story of duplicitous documentarians. In 1958, Disney won the best documentary Academy Award for its movie White Wilderness, which was about the wildlife of Canada. Check out this sequence:

Dramatic, isn’t it? Heartbreaking? Horrifying? Yes. But fake! Fake fake fake! The filmmakers made this segment in a part of Canada where there are no lemmings. They imported the little fellows and made them run around on a turntable they covered with snow. Then they chased them to a cliff and pushed them off of it! All to make you think that lemmings commit mass suicide. Infuriating! (Here’s an article with some more details.)

Animal Planet ran a segment in its Most Extreme series about the lemming-suicide misconception:

So that’s that. Some “documentary.” A blight on the Academy, if you ask me. Anyway, Norway lemmings are about five inches long, cute as heck, shaped somewhat like tribbles, and active year-round, both day and night. So they have difficulty controlling themselves sometimes. Who doesn’t?