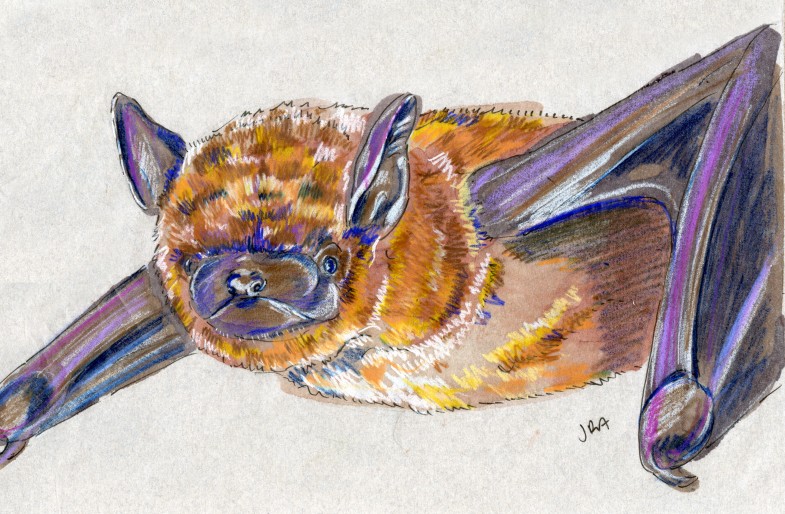 All week on The Daily Mammal we’re looking at mammals of North Carolina. Evening bats, like this one here, live throughout the eastern United States in the lower elevations, and they’re particularly common in the southeastern states, like North Carolina. They’re similar to brown bats but much smaller—their bodies are only about four inches long and their wingspans are less than a foot. They roost mainly in buildings, but also in tree cavities and underneath loose bark; you may find them in a bat house every now and then. They eat insects—they love moths, junebugs, and beetles.

It’s rare to spot a male evening bat in the northern parts of its range, and we’re not completely sure exactly what the bats do during the winter. Reports of winter sightings in the south indicate that they probably migrate. In the short time I’ve been working on The Daily Mammal, I have been continually surprised by the things we don’t know, the mammals we’ve never seen, the adaptations we can’t explain, the behavior we’re not sure about. Maybe it’s because there’s so much flashy news about technology and quantum physics and whatnot that I’ve tended to assume that we know pretty much what there is to know about the more basic facts of life on earth. It’s so amazing and magical that there’s still so much mystery to figure out just by looking closely.