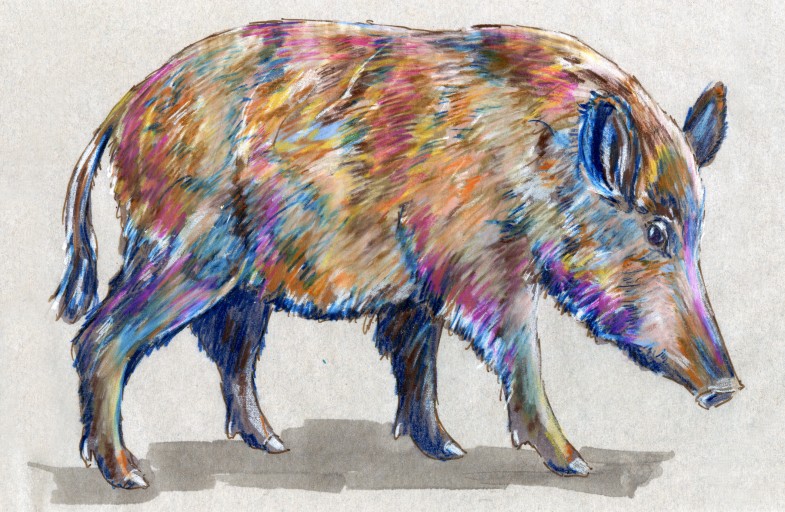 Native to Europe, North Africa, and Asia, the European wild boar came to North Carolina in 1912 when a man working in the Snowbird Mountains had 14 of them shipped over to start a game preserve. By the early 1920s, those 14 had grown into 60–100, and a hunt was held with dogs. Well, the hunters managed to kill only two of them, and many of the rest escaped. They multiplied and thrived, and I suppose that most of the wild boars now common throughout North Carolina are descendants of those first 14. (This is all according to the North Carolina Wildlife Resources Commission’s wild boar section.)

About the European wild boar, our old friend Ivan T. Sanderson has this to say:


They are most competent and single-minded beasts and are intolerant of any interference. Even the babies will put up a determined defense and the males will attack with calculated strategy. Their bite is worse than that of any mammal with the exception of the Killer Whale, and actually much worse than that of the Great Cats though being a ripping rather than a slicing action.