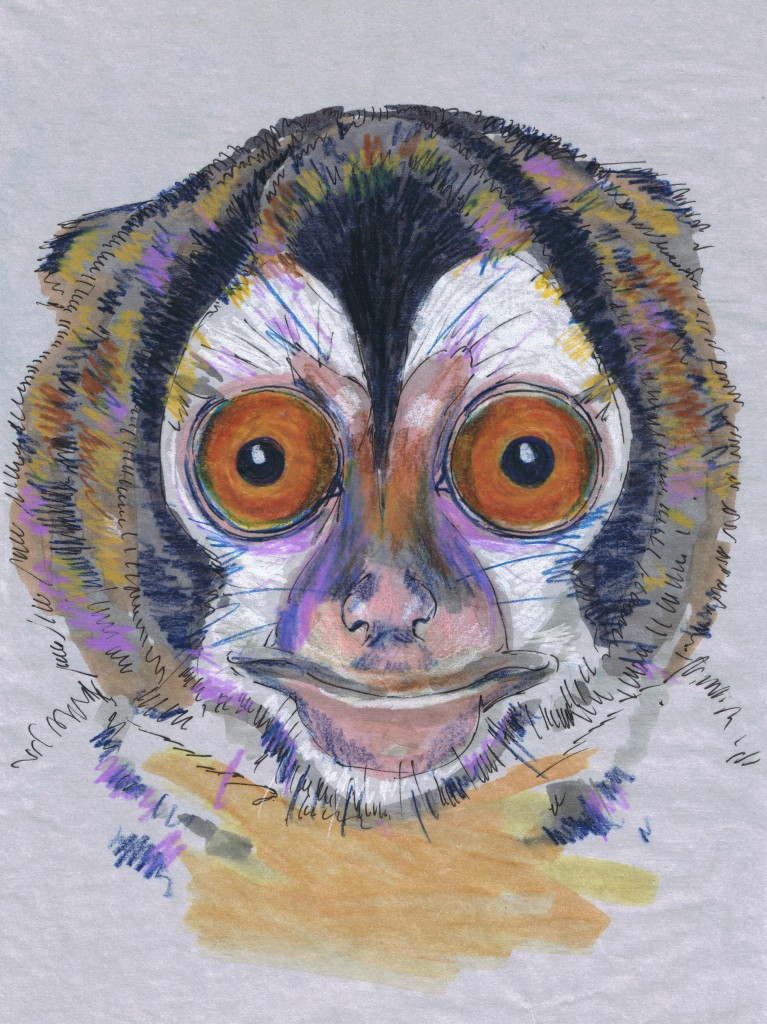 Scientists once thought all night monkeys (also called owl monkeys, for fairly obvious reasons) were subspecies of this guy, the Northern variety, or douroucouli. But now they think there are actually eight distinct species, so I get to draw seven more of these guys! Perhaps I’ll do one every other year to space out the pleasure, because they are fun to draw. But then what if scientists change their mind again? Who knew that mammal classification was such a fluid, living art? Anyway, night monkeys live in Central and South America. Here’s a great photograph of a night monkey skull, with gigantic holes for its eyeballs.

This concludes the Daily Mammal’s first Nocturnal Week. I plan to have more theme weeks, so give me your requests and suggestions in the comments!