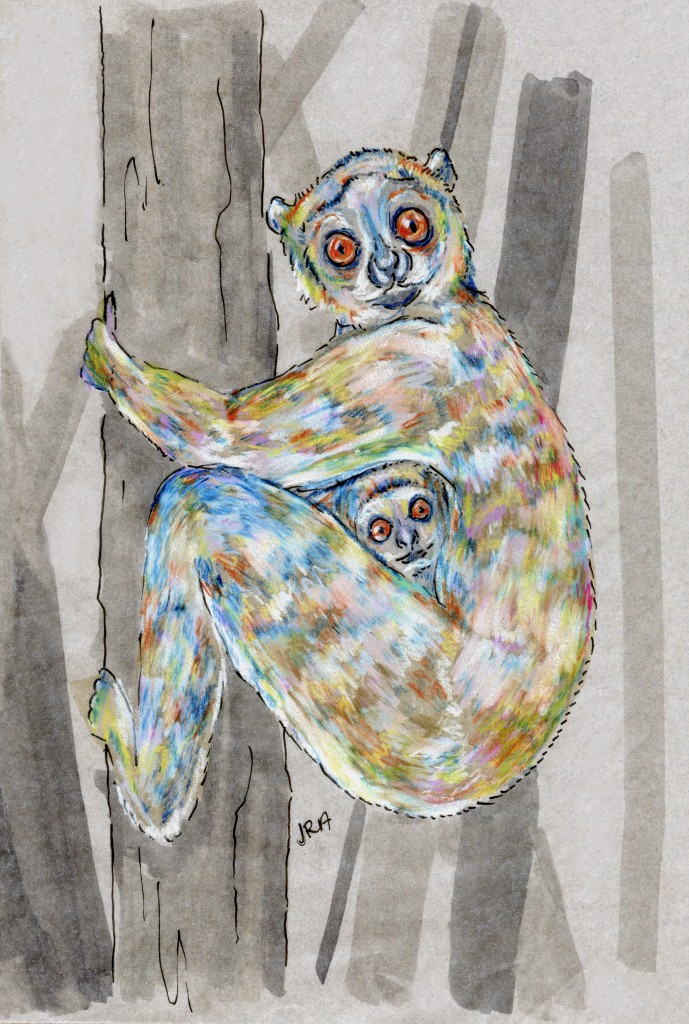 On Oscars night, here’s a special lemur named for an Oscar nominee! Discovered by scientists (although, actually, one of the scientists gives credit to their local guide) in 1990, this little woolly lemur was named in honor of actor/writer/director/man’s man/ladies’ man/man-about-town John Cleese 15 years later.

Lemurs, which are primates, are unique to Madagascar (maybe not quite unique—apparently there’s another island to which they were introduced, as well, but really, just Madagascar). Woolly lemurs, of which Cleese’s is one, are very small. This one only weighs about two pounds. Lemurs are excellent at leaping from tree to tree, and some of them race around on their back legs. The nature reserve where Cleese’s lemur lives is also home to 11 other lemur species. (I really want to go to Madagascar.)

Why John Cleese? you may ask. Check out his website, and you’ll see from the first page how passionate he is about lemurs. In fact, he made a documentary about them, and his follow-up to A Fish Called Wanda, Fierce Creatures, apparently presented a conservation viewpoint. I imagine the scientists named this lemur after Cleese because scientific types probably like the John Cleese humor, plus naming it after a celebrity would attract publicity and attention to the cause of conserving Malagasy biodiversity. (Yes, I just wanted to use the word Malagasy.) I think it’s a great name. What do you think?

You really should read this PDF of an article by Urs Thalmann, one of the scientists who described this lemur. It’s short, written for a general audience, full of pictures, and an account of dysentery, political unrest, malaria, bandits, and, sadly, two deaths.

This lemur is for Ted, a big fan of Basil Fawlty!