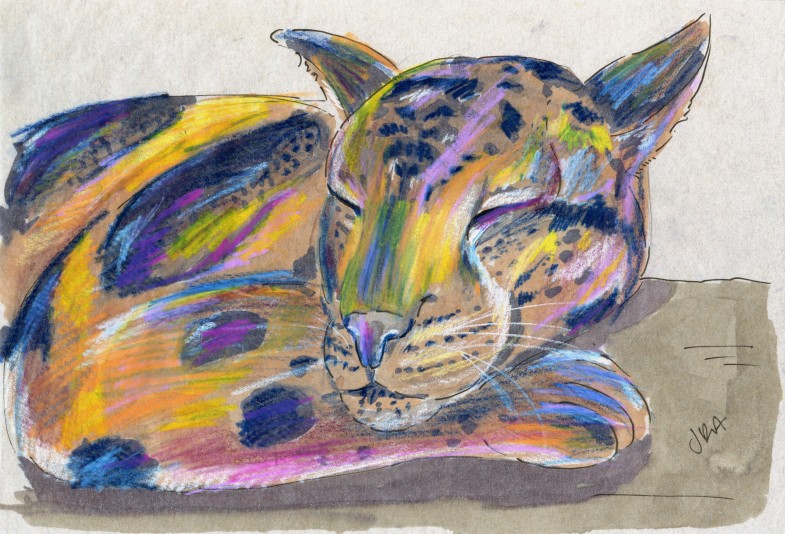 Hi, mammals! I’ve learned many things since I started on my quest to draw every mammal species on earth. The most recent: business trips and a daily drawing blog just don’t mix. I’ve been traveling a lot the past few weeks—a whole lot—and it doesn’t look to let up until this summer. Sometimes that means I don’t get to draw; sometimes that means I can’t post my drawings. Please stick with me, though: I’m just as committed to this goal as ever, and your visits, comments, and general support mean the world to me!

“The moment we started comparing the skins of the mainland clouded leopard with the leopard found on Borneo, it was clear we were comparing two different species.”It’s incredible that no one has ever noticed these differences.”

Isn’t it, though? DNA testing confirmed that not only were the two kinds of leopard completely different species, they were, all the articles point out, as different from each other as lions are from tigers. The new species was officially described in 2007.

I suppose scientists are busy people, and no one had bothered to really think about this particular cat and whether it was a subspecies or a species or just slightly darker in color because of geographical variance or what. But clouded leopards were first described in 1821, the Bornean subspecies in 1823. That’s nearly 200 years, people!