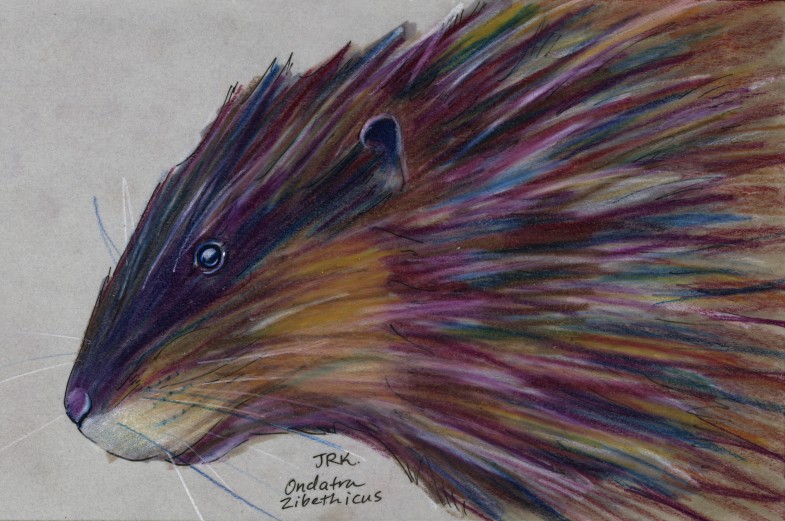 I was going to give you an MP3 of “Muskrat Love,” either the Captain & Tennille or the America version, but that song is just so bad that I couldn’t stand to do it. So instead, I will direct you to the Everything Muskrat website, an impressively comprehensive compendium of, indeed, everything muskrat, and to a 2008 article from the Washington Post about beauty queens who skin muskrats in the talent portion of their pageant—which is the Miss Outdoors competition in Dorchester County, Maryland, and which is traditionally held on the same stage as a muskrat-skinning competition.