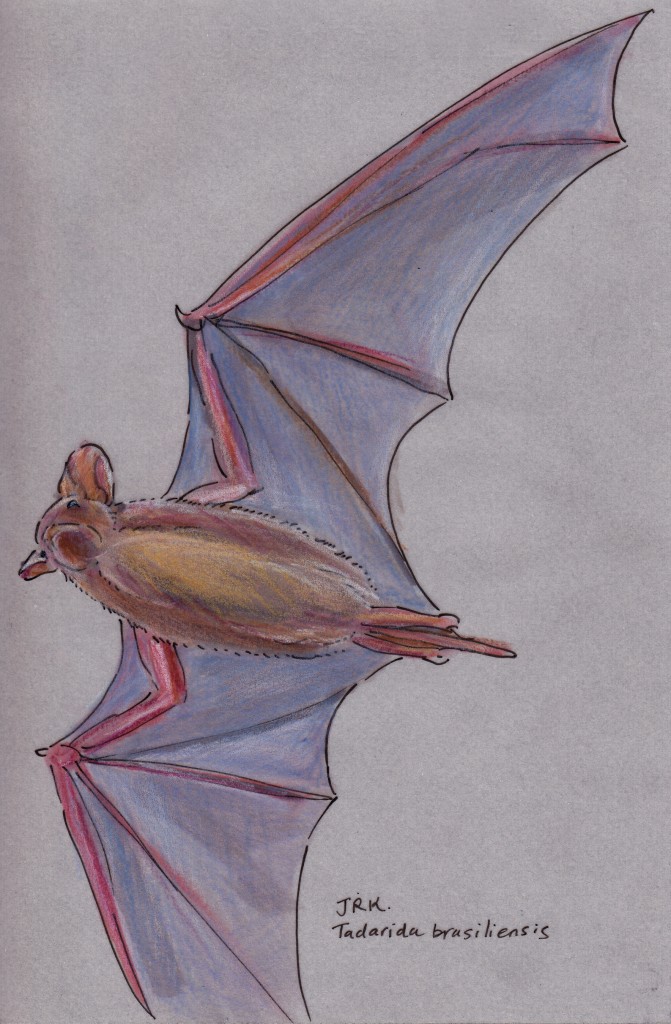 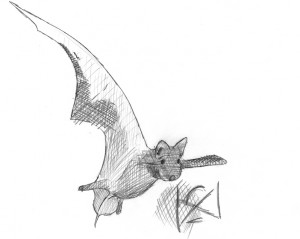 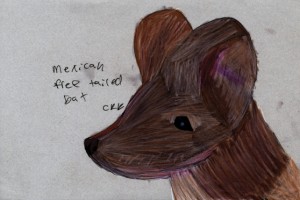 The kids and I are reading a book called Hanging with Bats, which starts with a chapter about the Mexican free-tailed bats at Carlsbad Caverns here in New Mexico. We decided to draw the bats, and then my son Theo wrote a poem to post on the Daily Mammal.

I think I may have mentioned, on this site, Thomas Nagel’s famous essay “What is it like to be a bat?” in which he explains that it is difficult (impossible?) for us to even imagine it, using the human-bat disconnection as an example of the inherent shortcomings of subjective experience in understanding objective truth. (I think that’s what it’s about.) As Nagel says, “In so far as I can imagine this (which is not very far), it tells me only what it would be like for me to behave as a bat behaves. But that is not the question. I want to know what it is like for a bat to be a bat. Yet if I try to imagine this, I am restricted to the resources of my own mind, and those resources are inadequate to the task.”

Theo’s poem, though, tries to help our imaginations, and it’s absolutely beautiful.

Imagine
Screeches coming back at you, directing you
Imagine
Air flowing through your fur while slicing through air
Imagine
Air holding you airborne
Imagine
Hanging upside down,
huddling in the warmth of thousands of you
Imagine
Using your hands to cover your entire body
Imagine
Making an image of a black tornado
coming out of the black depths of a cave
Imagine
Being a bat