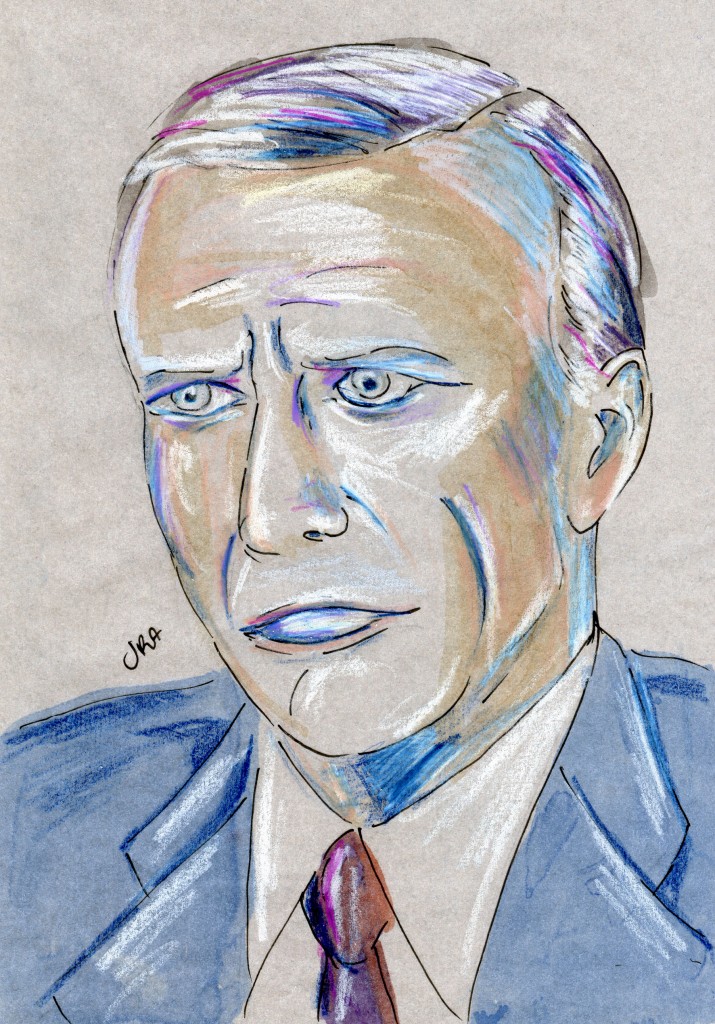 Ah well. I tried, but I still can’t draw Governor Paul (or sometimes Phil) Jameson, as played by Richard Denning on Hawaii Five-O, and requested by Chris. This does look more like him than my drawing of Eight Belles looked like her, sadly.

—————-
Now playing: Flight of the Conchords – A Kiss Is Not a Contract
via FoxyTunes