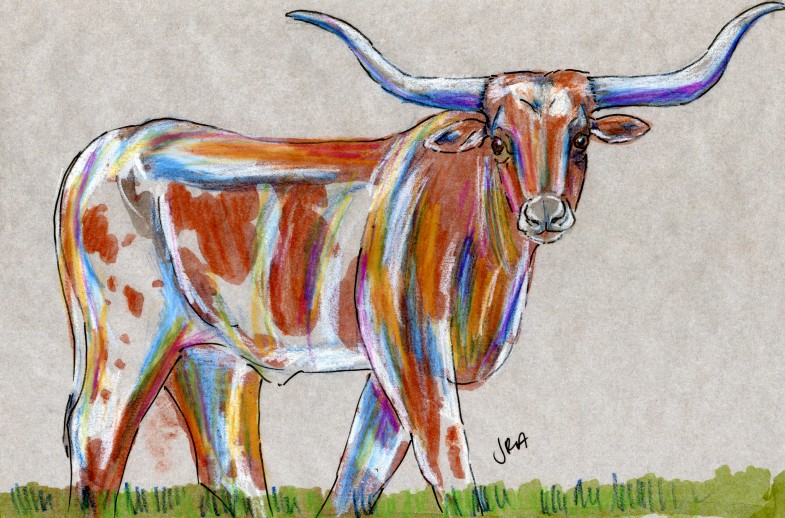 The Texas longhorn, which is a breed of the domestic cow, is a pretty special American animal. It’s descended from the first cattle that were brought to North America (by the Spanish), and it’s the only breed of cow to evolve on its own, without human direction. Rangy and lean, longhorns can survive in extremely harsh environments. While they once roamed the plains and grasslands of the United States, they nearly went extinct early in the 20th century due to cross-breeding, but were saved by an act of Congress. This longhorn was requested by Donna.