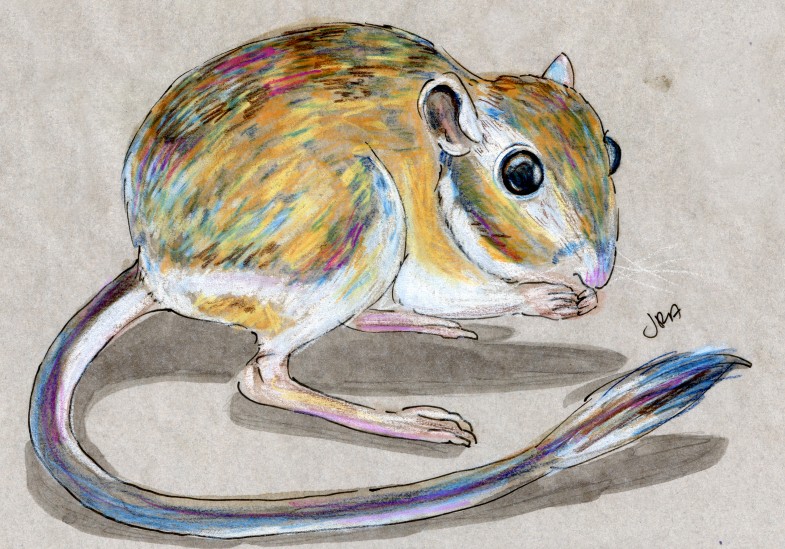 This kangaroo rat is for Tynan, who recently learned about them when his family visited the sand dunes. I think the Ord in this guy’s name is George Ord, a 19th-century ornithologist. About Ord, the American Philosophical Society says, “George Ord made important contributions as an ornithologist and writer but is also famous for his contempt of fellow ornithologist, John James Audubon.” Apparently, he called Audubon’s work stupid and his illustrations vile. (He also called Thomas Nuttall, another naturalist, a “presumptuous ass.” Nuttall is the namesake of a species of cottontail.) Basically, it sounds like the guy was a big old curmudgeon given to professional jealousies and petty sniping.