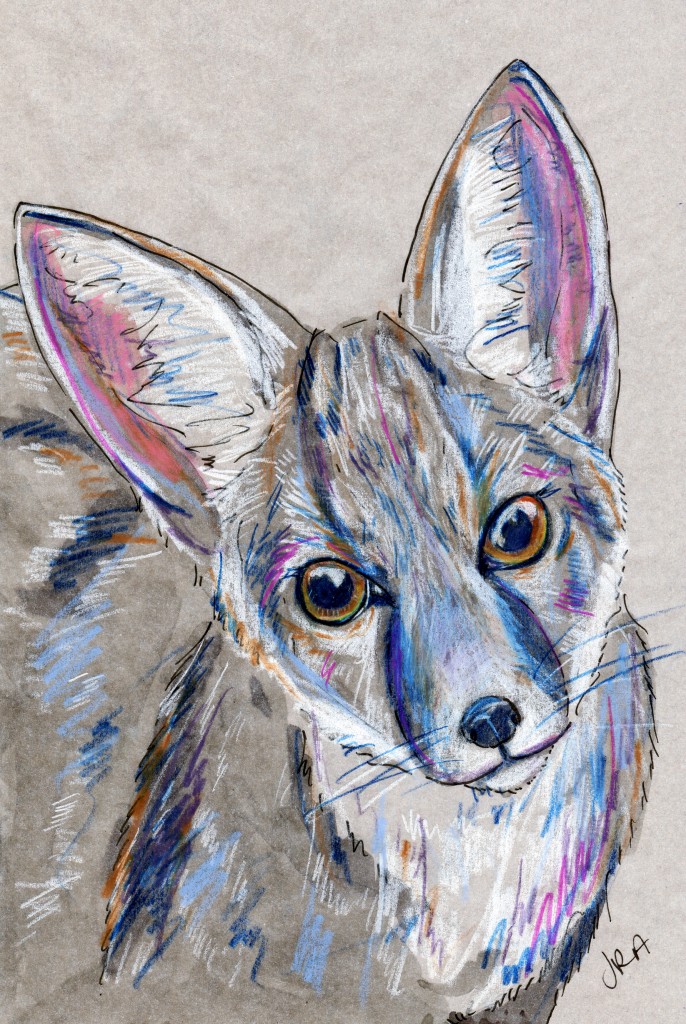 My uncle Jay, a great uncle in more than one way, requested a baby kit fox. This was at first confusing to research because baby foxes are sometimes called kits no matter the particular species (when they’re not being called pups or cubs). But here in fact is a kit fox cub. They live in the Chihuahuan desert (I used to live in it too!) and elsewhere in the southwestern United States and northern Mexico. Animal Diversity Web says they get as far north as the deserts of Oregon. The kit fox’s Spanish name is zorra del desierto.

You know those signs at work sites that say something like “consecutive days without an accident: 164” or whatever? I’m going to try something similar to keep track of how long I manage to post a daily mammal without missing one. We will see how depressing this proves when, say, I’m sick or out of town or something. It’s certainly depressing that I’ve only ever gone 11 days before! (Of course, I’ve often posted after midnight, intending it to be for the previous day, and it would count for the next day.)