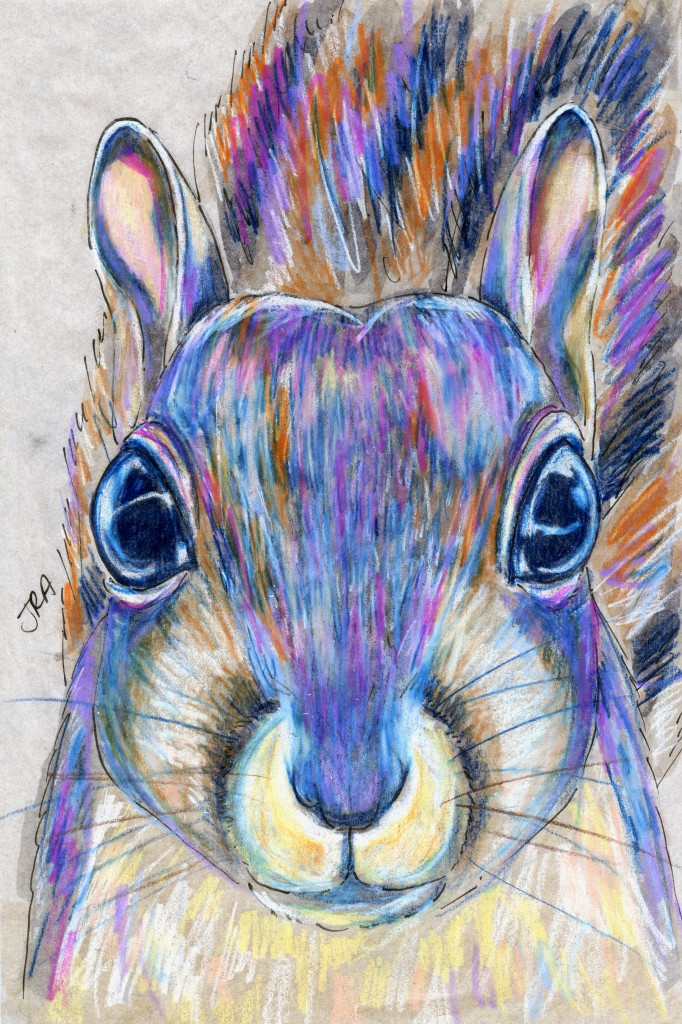 Mammals, there are only two more drawings after this one and then the “24-hour” mammalthon comes to a close! Ted requested a fox squirrel. (He actually requested a gray squirrel, but since I’d already drawn one, he let me draw a fox squirrel instead.) When Ted and his brother and sister were kids, they had either gray squirrels or fox squirrels in their backyard. They’d feed them and let the squirrels run up and down their arms and onto their heads.