Posted on May 4, 2008 by JR Kinyak in Mammalthons, Marine Mammals | 0 comments 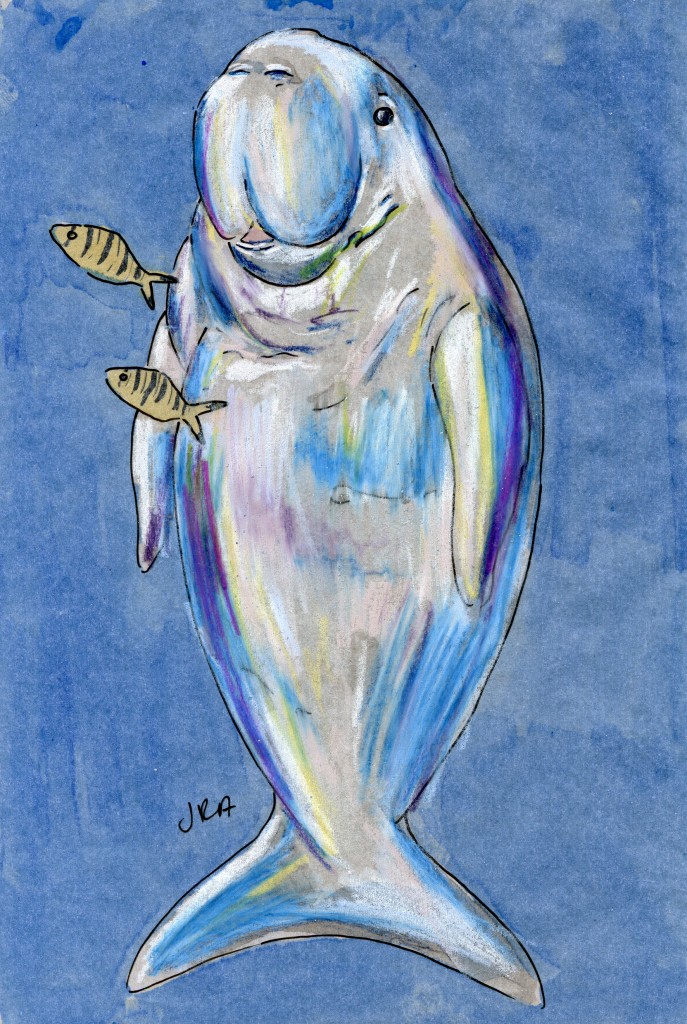 These manatee relatives are big, slow-moving, marine vegetarians who swim around, dragging their flippers and munching on sea grass. In Living Mammals of the World, Ivan T. Sanderson tells us,

“They are also rather easygoing, sluggish beasts that drift back and forth with the tides to feed; they used to be found in enormous herds and were so trusting in places where they had not previously been hunted that it is recorded in the accounts of early voyages that they could be patted on the head from small boats…They have been mercilessly persecuted, being harpooned or caught in mile-long nets and then drowned, for they are air-breathers and have to surface to fill their lungs at rather short intervals.”

Dugongs live in the Indian Ocean, the Red Sea, and the Pacific, in warm waters from Australia to Africa. They are now rated either endangered or threatened, depending on who’s doing the rating. This friendly dugong is for my cousin Hilary. (It was her birthday an hour ago.)