The 24-Hour Mammalthon slots are filling up! Reserve yours now—the Mammalthon is this Saturday! Look over to the right to find out more. 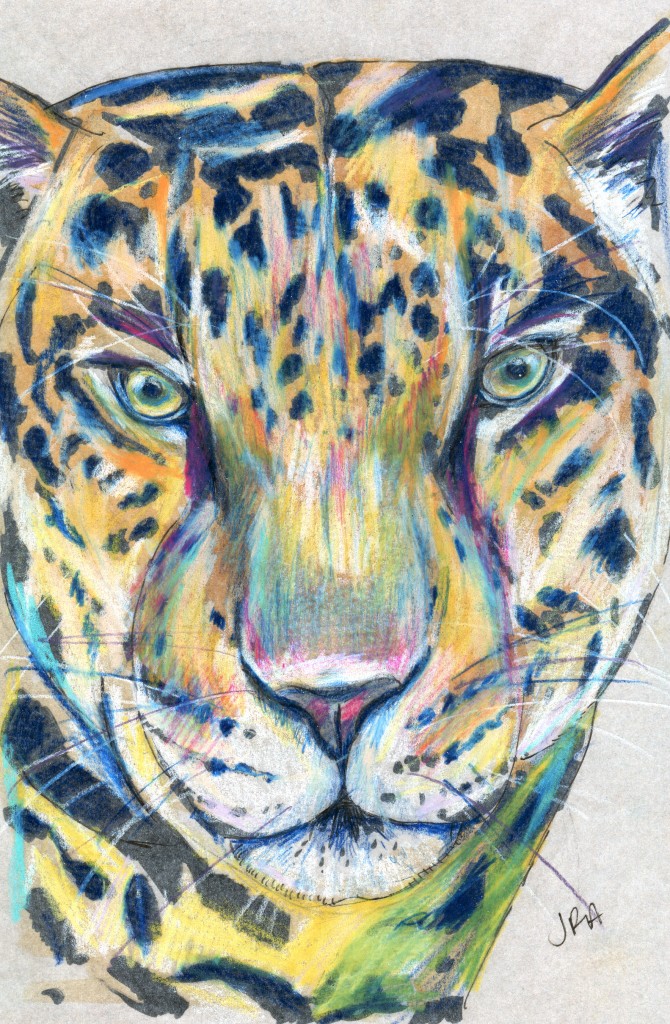 Although I tend to associate jaguars with rain forest habitats, it turns out that at one time, they ranged as far north as northern Arizona. These biggest of North American cats were seemingly extirpated from the U.S. by the ranchers and others who had economic reason to want them dead, and the guns to kill them with. In 1963, the last one was killed. However, in 1996, a mountain lion hunter in southern New Mexico got a big surprise when his dogs cornered not a lion, but a jaguar. Since then, the same hunter photographed another of the animals, and motion-sensor cameras have snapped a couple pictures of jaguars in Arizona.

Still, it may be a stretch, or wishful thinking, to call jaguars mammals of New Mexico. It seems that female jaguars tend to stay in one place, while males roam around impregnating the ladies hither and yon. The jaguars spotted (ha) in New Mexico and Arizona have all been males who have wandered north from breeding populations in Mexico. And the Bush administration is planning to build a little 700-mile fence along our border with Mexico, which will prevent jaguars from crossing over as surely as it will people. And that will be the end of jaguars in the United States once again.