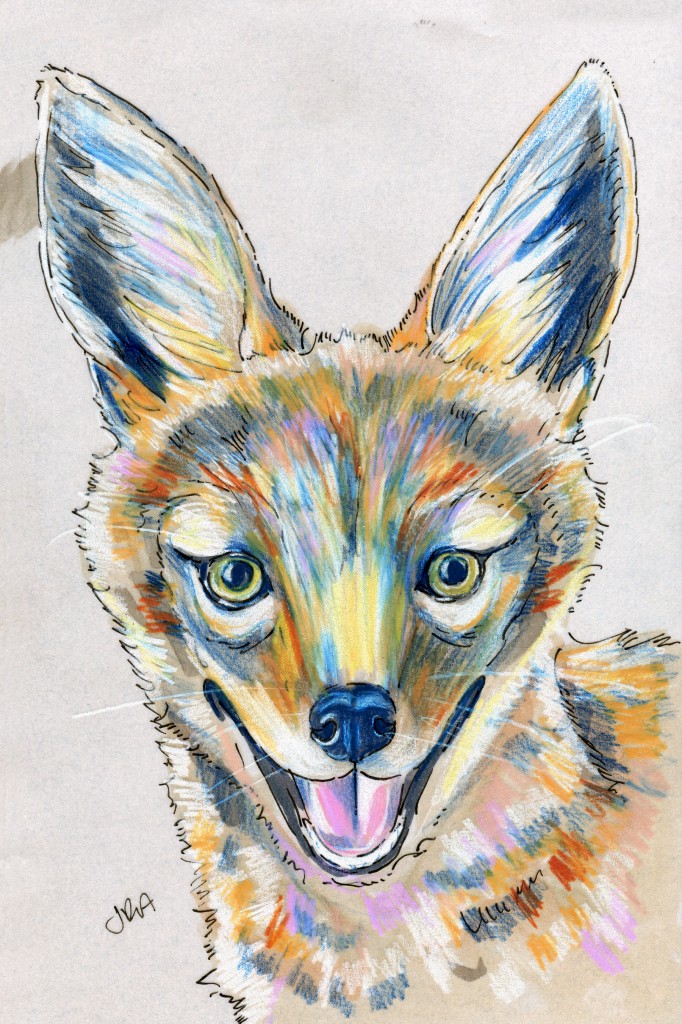 Golden jackals live not only in Iraq, but throughout northern Africa, Asia, and up into southern Europe. They mate for life, living in tight little family packs. They have one litter a year, and each time, a couple of their offspring stay on with their parents to help raise the next litter. These big brothers and sisters are called “helpers” and are vitally important to a jackal family’s survival, offering assistance in guarding, hunting, and regurgitating food for the little ones. Speaking of food, golden jackals like to eat eggs, birds, other small animals, baby gazelles, and fruit. They also enjoy taking lions’ leftovers, and they’ll bury their scavenged food if another animal happens upon the feast. The golden jackal is the last animal we’ll meet in this Mammals of Iraq series.

Incidentally, I want my husband Ted to start writing an advice column called “Help! My Jackal Looks Like a Cat!” He says there’s no market for it, but I think the demand’s there. What’s your opinion?