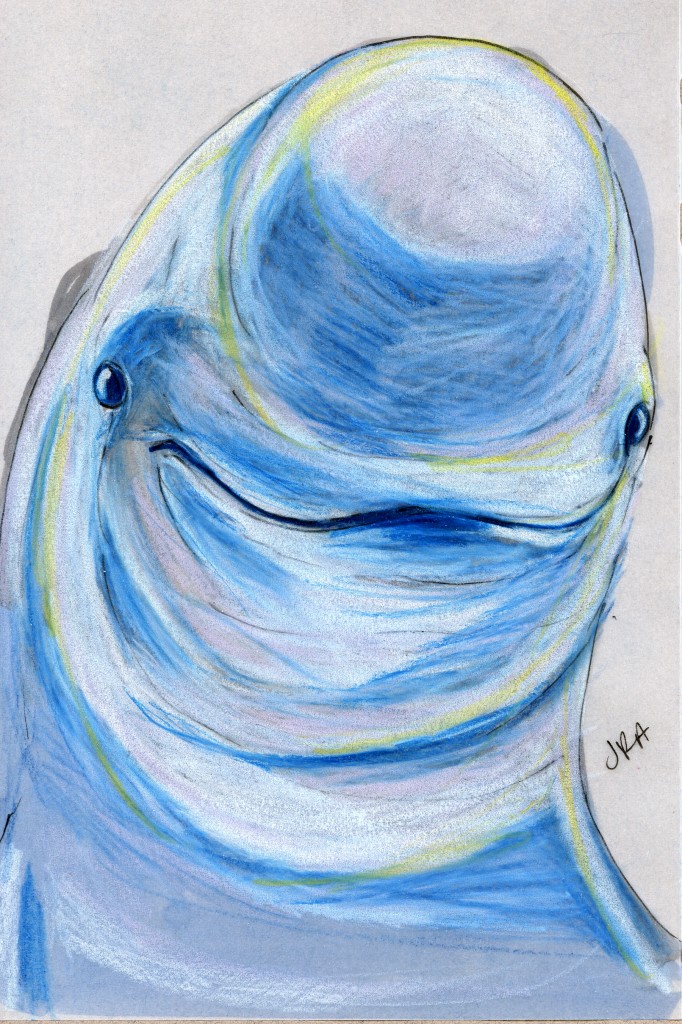 This littlest of the cetaceans lives in the seas of Asia and the East Indies, including the Persian Gulf. So named because it lacks the dorsal fin that other porpoises have, the finless porpoise is a slow-moving fellow who frequently finds himself, an innocent byswimmer, killed by errant fishing methods. Sometimes he’s hunted for his meat, his skin, or his oil, too. Female finless porpoises have a neat child-rearing adaptation: there’s a rough spot on their backs that serves as a saddle where their babies can ride without slipping off.Porpoises and dolphins are related, but they’re in different families.* There are a few characteristics you can use to tell them apart. Generally, dolphins have beaks while porpoises don’t, and porpoises have small, round heads. Porpoises, other than this species, anyway, have triangular dorsal fins, while dolphins’ dorsal fins are hooked. Also, porpoises have stockier bodies than the slender dolphins do.

Speaking of dolphins and the Persian Gulf, the US military has used dolphins, sea lions, and other marine mammals for reconnaissance and mine-finding missions for more than four decades, including in the Persian Gulf since at least the late 1980s. More recently, 152 dolphins mysteriously washed up dead on the shores of Iran: “Suicide or murder? Iran blames US after 152 dolphins die,” says the Guardian.

*Of course, this is controversial. Some scientists think dolphins and porpoises are members of the same family (the dolphin one, to be precise). As regular Daily Mammal readers know, we usually come down on the side of More Mammals! Also, here’s a helpful mnemonic device: Kids Pour Coke On Fat Green Snakes. What does it help me remember nearly every day?